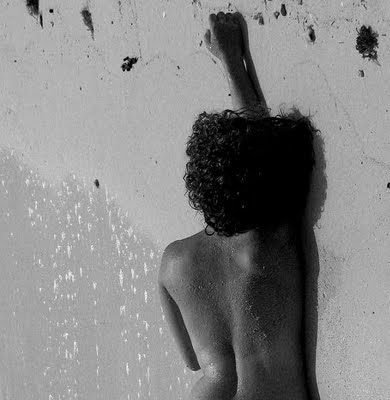 I know you loved it because I still remember the color of the days when things happened. A color like my eyes when they greet the sun very early.

It was rickety spring 2007. You you had not graduated. You were sick, very sick. At the risk of not being able to graduate (total, a rather psychedelic Sociology) and Fidel had died several times months ago, so that Havana had never been so alone and so hopeful of his being no more. Never again.

Today, Monday, like the first time that I told a lie for you, night falls again as if nothing in Alamar, while I crossed the park of the pines where we bury a small yellow bird that, we didn’t know it then, died so that you and I wouldn’t really die, so that only love would die and we would bury it with mute tears, one of those last evenings between the urine-smelling roots of the drunks without a country of a numberless area of Alamar.

I know I loved you, and that this love proves that we makes me better than you, even betraying you as you betrayed, that his is my most sincere way to love in spite of myself.

Goodbye Alamar, I think now, and let the Chinese accordions and the old American cars run. I’m in no hurry to return to Havana. No one expects me today either.

I hadn’t said goodbye to Alamar after so long to be nice and alone, without missing you, without the anxiety of not knowing about you every weekend (as an example), without the sadness that would still come seeing us together, walking hand-in-hand and kissing with a frightening but undeniable languor in this same little park destroyed by the neglect of the times of the Revolution, without thinking the years pass and are unforgiving (as another example), without having to take photos that would later be useless to try to forget, without that epileptic hatred that defaced my heart and for me at least made me look on you with a mercy that for me at least made me want to love you more, I don’t know what more to add now, on foot at the same stop as another decade, I guess I would add of course that without pain, because pain is the first thing that dies when we are so alive.

Memory terrifies. Gives the impression that one only lives once in the truth (without knowing it) and that afterward the whole experience is parody.

But suddenly a pine resin scented breeze and the gray assassin of socialist box architecture, but suddenly a bench without a table or stone where you can sit and the shouts from balcony to balcony of the women who call their children to bathe them and feed them in front of the television (the space in the apartments forces this state life on them), but suddenly the image of your body lying open like an exquisite corpse under my tongue (the tongue that has, since then, earned so much scorn from the then bored beast within my mouth), are enough to awaken the recurring reality that it is impossible to awaken to reality. What has never stopped being incredible. So the infernal will then be some human vision of eternity.

In some weeks or months or 2007 I write you I am sure millions of letters. In first pages, almost all. I think you felt dizzy. You didn’t know how to get out of this reading in circles that today perhaps you would like to recycle like nostalgia tourism. Millions of letters, in first pages. I have nothing more to add at this point of aridity. These letters, if any, that are not even thousands, and I swear to you they will be our last page.