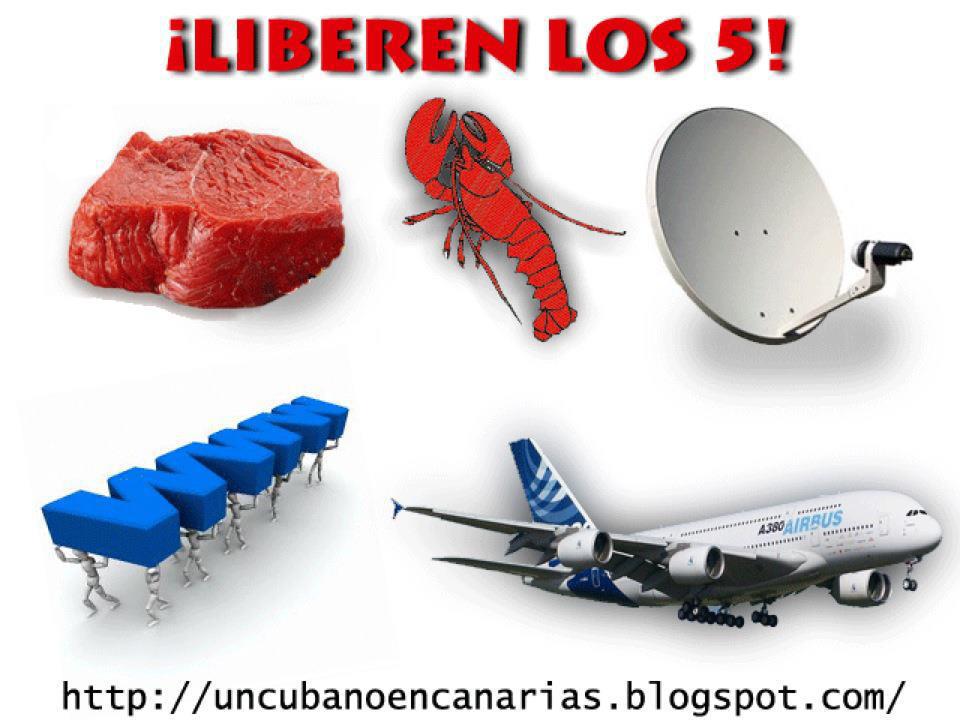 A friend gave me this picture that she got with some applications, programs, movies and TV series that she’s used to managing through her computer. I don’t know the author’s blog, but from the ingenuity of the graphic surely we can find a little time to visit places outside our political and ideological creed. Those of us who live in Cuba have to put more effort into it than our compatriots who live beyond our borders, and we are left with no other alternative than to join the enthusiasts of “this just campaign.”

*Translator’s note: The post/graphic is a take-off on “The Cuban Five,” five Cuban spies imprisoned in the U.S. who are a major cause célbre in Cuba. (One of the five is now on parole.) None of the items in the picture is available to ordinary Cubans.