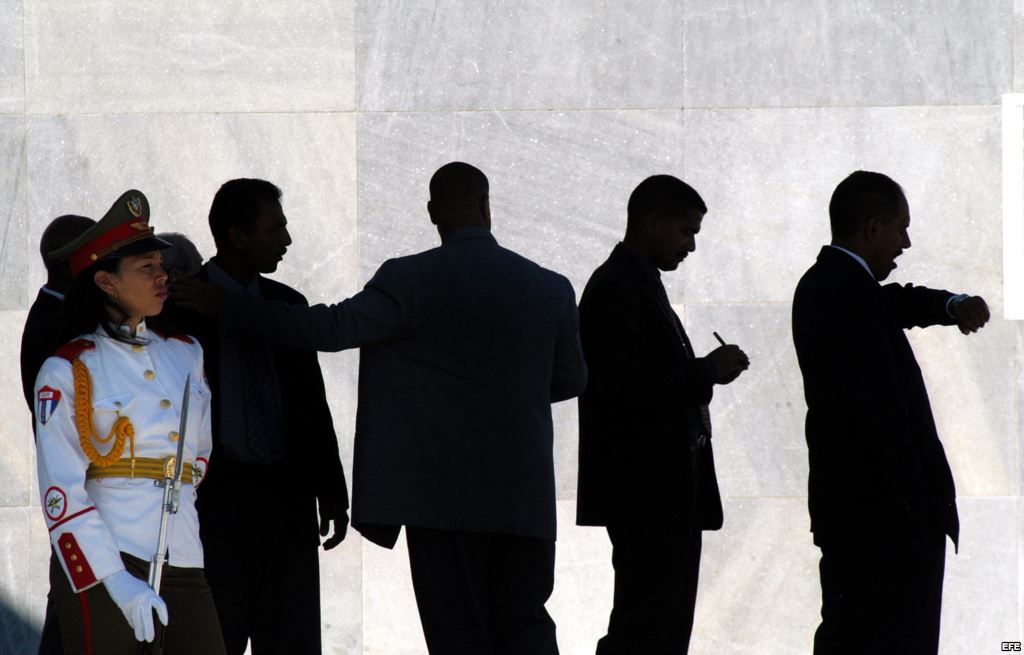 A group of Cuban-American congressional representatives has formally requested that Washington deny a visa to Fidel Castro’s heir, Antonio Castro Soto del Valle. Rather than being concerned about the son’s entry to the United States, the island’s government seems more focused on his father’s exit from this world.

Yes, the father’s farewell. The former Commander-in-Chief’s curious fascination with death and funerary trappings has reached such a level of outrageousness that some time ago he ordered the creation of a special commission (obviously headed by himself) to organize and supervise the perfect execution of what will be his funeral.

Though only in the planning stage, this adiós is already enough to satisfy the voracious appetite of even Francois Rabelais’ fictional giant, Pantagruel. Communism’s dying superstar loves to compartmentalize. As a security measure the various parties involved have not yet been allowed to meet to design what the deceased-to-be foresees as a ceremony replete with the solemnity and precision of a Swiss watch.

The key military component seems more than ready. The same goes for the twenty-one gun salute, the eulogies, the mournful ceremony, and the band fully outfitted with conductor and musicians, some of whom will be dressed in black while others will be in military fatigues.

Of course, as in any other official parade, popular participation will be obligatory and massive. On this occasion, however, there is sure to be a formidable contingent of mimes serving as portrait bearers, mourners and weepers who, between sobs, will be sure to spontaneously chant the characteristic slogans we must not forget. These include: Cuba yes, Yankees no; Long live Fidel; Fatherland or death; Socialism or death; The ten million will…* no, sorry, probably not that one.

To avoid surprises and keep the machine well-oiled, the Ministry of the Interior, the Revolutionary Armed Forces and the Committees for the Defense of the Revolution regularly review two chapters of a plan whose titles share a certain association with combat missions: “Actions to Safeguard the Physical Integrity of the Nation” and “Preserving Order.”

The author of Reflections has expended so much energy on this mega madness — one we hope will be his last — that Saturday, July 13 and today, Monday, July 14 he attempted to immortalize the spot once used as his speaking platform by closing the entrances to the José Martí Memorial in the Plaza of the Revolution to the public to carry out a pair of rehearsals for the Pharaonic entombment. This was done in spite of the fact that children’s activities had previously been scheduled to take place there the entire summer. In addition to reviewing details for the ill-fated ceremony, the not-yet-deceased sought to analyze, select and personally authorize the various pieces of film footage on his life and work to be broadcast on Cuban television during the period of national mourning.

What remains unclear is the proximity of the guests to the coffin. Every time there is a new rehearsal, he changes the arrangement — crowned heads, heads of state and heads of government — breaking all the rules of protocol, making adjustments based solely on the way that, according to the prophet, each will behave.

The gentleman designated to carry out the plan noted in a jocular and somewhat theatrical way that so much of the decision-making has been concentrated in the hands of the soon-to-be deceased himself that it was hindering his ability to respond to changes which — due to paranoia, superstition, belief or bi-polar disorder — have evolved from embalming to burial to that Olympian bonfire, cremation.

*Translator’s note: The Harvest of Ten Million was a failed 1970 campaign which marshalled all the island’s resources in an effort to produce ten million tons of sugar.