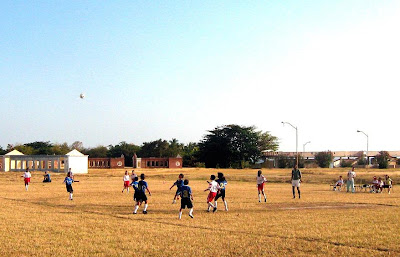 Walking from the base camp Playa Inglés to the Ismaellillo Camp, on the south coast in Cienfuegos Province, took me about forty minutes. I stopped now and then to take a photo like a dream. There was no time to lose. I was overcome with the joy of a parent who sees that his son is happy playing football for the first time in an official event for children from ages 9 to 10. It was held during a school break between February 6 to 11: The Football Tournament for All Boys and Girls, sponsored by UNICEF and the Ministry of Education. 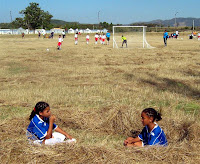 Walking with me were three mothers of players from Sancti Spiritus province, who had moved to be as close as possible to their children. At times I saved them from some half-dead cow, crab or lizard. Impromptu charcoal makers here and there, scratching out a living, guided us through the tangle of marabou weed, or “aroma,” as this plague that dominates the island countryside is also known. 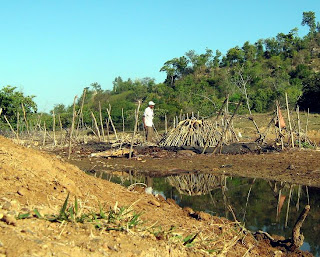 About the tournament: All winners, happy. The provinces of Santiago de Cuba, Villa Clara and Granma took the top places in that order. Ciego de Avila improved from last year’s 14th place, moving up to a decent 8th place, with only 1 loss (to the champion), 3 draws and 3 wins. We had the peculiarity that each team had three girls, and in ours they were the defining factors in at least a couple of victories in penalty shootouts. From my cheerful and definitely impartial and paternalistic point of view, the captain of that team and Number 7 — with dreams of being like the famous footballers Guaje Villa and Cristiano Ronaldo — made the decisive goal in the final game, against Sancti Spiritus itself. 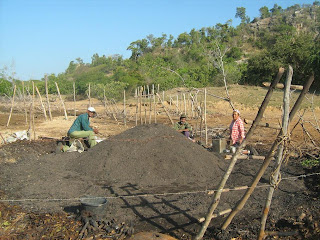 Luckily, at that culminating moment, the trio of colleagues and mothers who are friends, hid away not too far from there, removing the pressure from their little ones. It was a scratch, or the dream of a deep scratch on the diamond of happiness. You can’t give up feeling and holding the fragile carbon, what will be a petrified spark on the next day, because of the stains which form around the eyes. 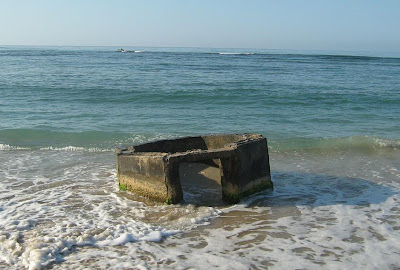 I prefer to pass over the heartaches. When running on the field, or where there is the heart of a child, everything is perfect. For such a perfect balance, I would set aside, file away, any suspicions that championship can leave some defenseless innocents, in the hands of experts, teachers of very humble backgrounds who want to earn a trip or a “mission” at all costs. One could forget, at times, that they are children, supposedly fifth graders, who seem too large and mature, kicking a ball with an objective beyond the simple joy of playing. 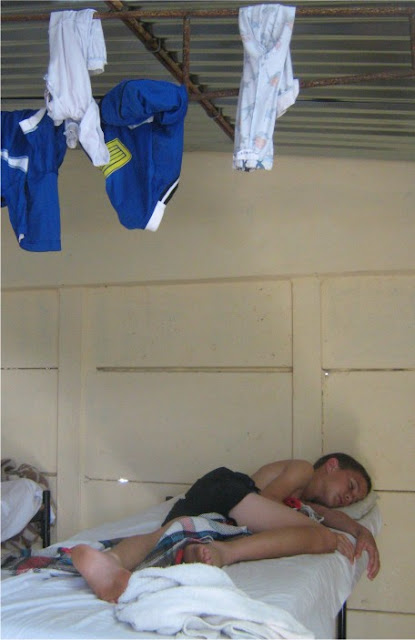