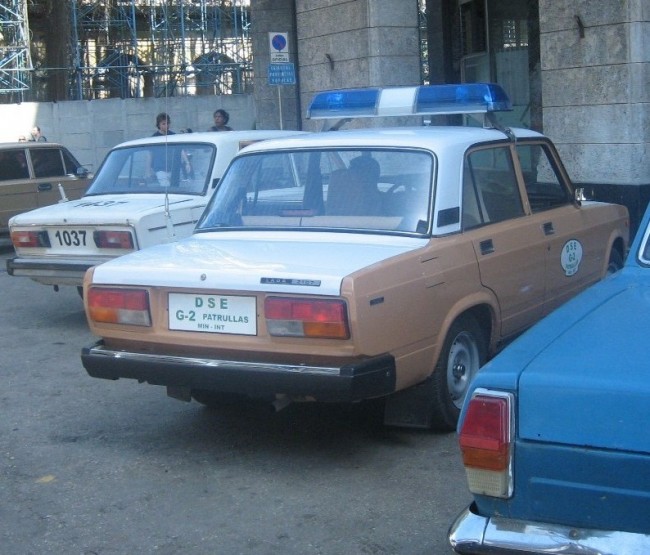 Just like 8 years ago. The ghosts of the Black Spring of 2003 seem to fly again over the skies of Havana. On a Cuban television program, the regime’s Special Services unveiled two of their moles inside the peaceful opposition.

These are the cases of the “independent journalist” Carlos Serpa Maceira and the “dissident” Moses Rodriguez. For 25 minutes, the two of them painted a pathetic picture of internal dissent and independent reporting on the island.

They accused several opposition leaders of being corrupt and serving the United States. Nothing new. In addition to mediocrity and the small ability of the Cuban dissidence to call people together, Castro’s Secret Service has always penetrated various opposition groups to do its dirty work.

These episodes, which occur from time to time in Cuba, are far from being a brilliant spy operation. Dissident groups on the island work openly and publicly, and there is no need to be a spymaster to infiltrate any of their organizations.

It’s as simple as knocking on the door of any opposition party and saying that you want to join. Already by the spring of 2003, it had come to light that various agents of the political police served as witnesses for the prosecution in the summary trials carried out against the 75 imprisoned dissidents.

Everyone who disagrees with the Castro government knows that in one way or another, they are being monitored by the toughs of State Security. They can listen in on your phone calls. Read your email. And they have complete dossiers on your personal life.

That’s not something that overly bothers the independent journalists, human rights activists, bloggers and dissidents. The striking thing about this, and what could be the real purpose of the message released by the regime in Havana that night, is to transmit fear and paranoia to the opposition.

These are difficult times for the regime. Excepting North Korea, China and Cuba, the tide is turning for nations governed by autocrats with many years on the throne.

Poor people, hungry for freedom and democracy have taken to the streets and squares in almost all the aged Middle Eastern governments. Despite the distance, the bullets are hitting near the island. No totalitarian government feels safe.

And as usual with the Castros, they are fleeing forward. Well-informed, the Cuban Special Services knows the majority of the population is disgusted with the critical economic performance and lacks confidence in their leaders.

The Castros are deflecting the blow, isolating the short circuits in the system. And in these cases, dissent is always an opponent to be reckoned with. Therefore, they make a special emphasis to discredit it.

The soap opera of informers, and imputations against opposition leaders and prominent figures in the blogosphere and alternative journalism, will likely continue.

What is at issue, is whether these revelations of the moles are an isolated episode. Maybe not.

It is not unusual that when internal problems worsen in Cuba, the Castros launch an onslaught of repression against all dissent. They have in their hands laws enacted to protect them. Especially now that they have emptied the jails of political prisoners.