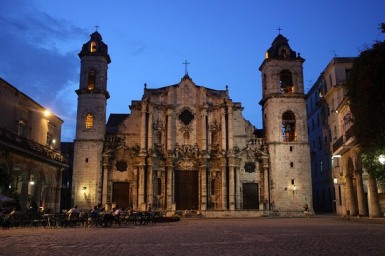 Pope Benedict XVI returned to Rome on Wednesday, March 28, after officiating his second Mass in Cuba as a pilgrim of the Virgin of Charity of Cobre. The devout joy of the faithful overflowed that day in José Martí Civic Plaza in the capital, where thousands of people shared in communion the longing for justice, peace, freedom and reconciliation for those who prayed to our patron saint, the Virgin of Charity, prostrate before her image in the Basilica in the east of the country.

This short visit of the Holy Father was enough to confirm the continued recovery of the manifestations of piety of our people; and in the same way it sparked a critical debate, from different positions, about Cuban church-state relations. But in the case of Cuba does not seem that it can be otherwise, for the interests of the of those extremes which prefer to see us divided, so that nothing really changes. They also seem to advocate a return to the days of confrontation between Catholics and Revolutionaries.

Totalitarian authorities maintained a blacklist of exiled people who can not visit Cuba and took enforcement action to secure control of dissent during the celebrations. For their part, some media and entities independent of the power structure, made a show of declaiming their agnosticism, in a speech prepared especially for certain foreign ears, sparing no insult to the Cuban Curia, particularly Cardinal Jaime Ortega. The Cuban-American extreme right continued to attack the Vatican’s approach to the archipelago and our Catholic, Apostolic and Roman Church in Cuba.

Authoritarian power expressed its intention to achieve justice, but continues to discriminate against those who share different political views. More recently, an article published in the official newspaper of the Castro regime announced that on April 6, Good Friday of Holy Week, all non-essential work activities throughout the country will pause, in consideration to a request from His Holiness. It appears, however, that despite everything, it moves.