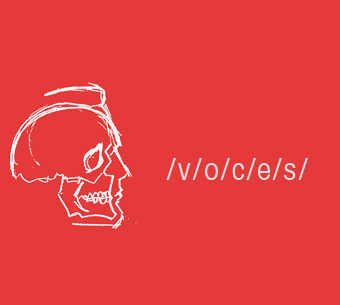 The press continues to offer a disguised Cuba.

Let’s start with the official media. If Raul Castro was seriously seeking a transformation of the Cuban press (and I want to believe that indeed, he emphasized the issue) he will be quite disappointed with the results to date. Of course, it can’t be a quick process, open minds are not achieved by decree, but it’s been time enough for us to notice something, no? We continue to hear what happens through other means and, what’s curious, it’s more or less that same types of events that our press always lets pass: prosperity abroad, disturbances within (such as the aggression of reggaetoners to troubadours last November 10th in Ciego de Avila), murders, robbery, corruption, ideas and activities of the opposition (and consequent repression) etc. It’s one thing to eschew yellow journalism and sensationalism, and another to stick your head in the sand with regards to events that, in any event, will come to be known.

That it’s the government who insists on the need for a more open press, less doctrinaire, and the interested parties skulk around and don’t seem interested, would have the appearance of a paradox were it not that the attitude of the latter is an unfortunate consequence of the intolerance, for so many years, of the former. Even now they’re stuck in the trench of believing in one truth for everyone, when both the philosophy and the technological advances of today support differences, the individual, personal space. Like it or not, the modern citizen has channels for private consumption and analysis of information. So we will not be modern citizens under a unified press. There cannot be a different press if people continue to live the same way. One cannot write about truly core issues if the relations of power, the mechanisms of control and the vulnerability of the individual remain intact.

If the official media don’t dare to throw the first stone — or even a timid piece of chalk — the independent opposition press offers a mirror image of the same sin: seeing as black what they postulate as white. Their philosophy seems to be that the worst things get the better it is. Certainly there can be a good reason, namely, we never had anything like that, and it’s no less dangerous now, continuing to be illegal and to a great extent persecuted. So it’s understandable that (with fleeting exceptions) there still has been no cathartic intoxication, joy in the denunciation itself, the pleasure of taking everything and ascribing to it the most sordid possible motivations. Basically, they are betting on the same weapon as the official media: the difficulty of confronting what they say with other verifiable sources.

As happens under the official banner, the independent news and analysis I get often ranges from reasonable efforts that deserve study to allegations in support of the indefensible, temper tantrums and nonsense. Improvised and rabid they usually focus on a ton of problems as the exclusive result of Communist repression; they would hate to recognize that the police spy and repress everywhere, that all over there is media control over the vulgar, the inappropriate, the obscene (I don’t think that banishing hard reggaeton from the distribution circuits solves anything, reggaeton is not the cause but the consequence, but to suppose that this is a new surge of prohibitions similar to those suffered in the sixties and seventies is ridiculous), for the jugglers of the official rhetoric not to publicly admit the outbreak and spread of certain diseases constitutes a recurrent strategy all over the world: you keep clean, wash your hands and watch what you eat, and we take care of everything. It’s the same as if there’s a volcanic eruption or a shark at the beach: don’t panic, it makes it worse.

We need an opposition press. We need it to be free and legal. Again, it’s not a luxury but a necessity. It would be beneficial even for the official press, which would try harder, write better. Meanwhile, Cuba continues to elude efforts to describe it. Two half-lies don’t make a truth.