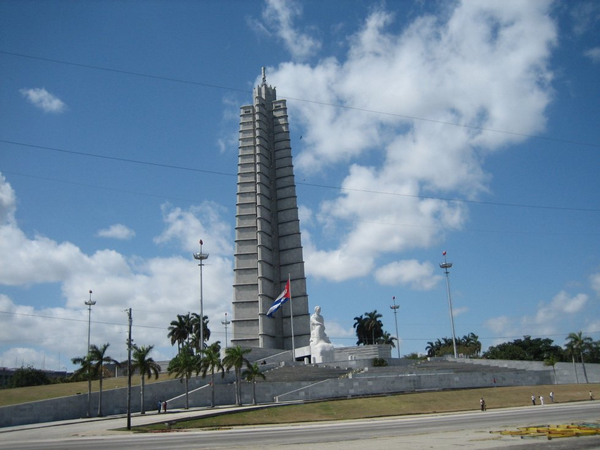 The first day of January usually begins with loudspeakers blaring, blasting songs and slogans. On the anniversary of the Cuban Revolution the government organizes activities and parties to energize the enthusiasm the date already provokes. However, this year no attempt to commemorate the date is being made. The morning dawned quietly, calmly, in silence. Many speculate that such austerity is motivated by the serious state of health of Venezuelan President Hugo Chavez. He was operated on in Cuba in early December and his current situation is surrounded by great secrecy.

But Cubans have learned to read information even where there is none. Such a complete lack of celebration around the most important government anniversary has set off the alarms. There are those who say the mourning is due to the premonition of an economic collapse, if it comes to pass that Chavez is gone. And others predict that the tenant of Miraflores Palace will not return to his country alive, given the sequence of postoperative complications he has suffered. Beyond the speculations, the fact is that Cuba in 2013 would be very different in the absence of its principal economic mentor.

So people scan the horizon, trying to sniff out the news carried on the air from the Plaza of the Revolution. Divination is a common practice in all Cuban homes these days. And this January first, so dull and silent, is a sign that something isn’t going well. Terminal exhaustion of a system? Fear before the possibility of losing the substantial Venezuelan subsidy? Or simply compassion for a dying man? We don’t know for sure, but what is clear is that today there is neither energy nor reasons for celebrations.