Article by Ted Henken, from his blog, El Yuma

Those of you who follow me on Twitter @ElYuma will already know that just over a month ago ABC-CLIO published a new book about Cuba, called Cuba in Focus, that I am proud to have co-edited with Miriam Celaya and Dimas Castellanos. In 2008, I wrote a book entitled Cuba: A Global Studies Handbook, also published by ABC-CLIO.  However, when they approached me three years ago wanting to do a new edition, I responded that I had already said my piece on Cuba but that I would be interested in recruiting and collaborating with a group of Cubans from the island to do a new volume that would give voice to their own analysis of the Cuban Revolution and the heady changes (from above as well as from below) that have taken place there in the last five years.

This volume is the result!

We benefitted from the collaboration of a host of perceptive and pioneering authors and activists, most of whom actually live on the island today.  A full list is below in the table of contents, but some of the more notable writers included in the volume are the late Óscar Espinosa Chepe, his wife Miriam Leiva, Yoani Sánchez, her husband Reinaldo Escobar, Armando Chaguaceda, Regina Coyula, Henry Constantín, Marlene Azor Hernández, Rogelio Fabio Hurtado, Miguel Iturria Savón, and Wilfredo Vallín.

Of course, Dimas and Miriam did their share of stellar writing as well. 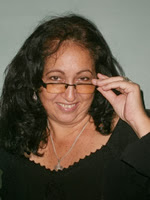 Each of the book’s seven chapters is made much more vivid and memorable by the breathtaking photojournalism of Orlando Luis Pardo Lazo, supplemented by photos by Tracey Eaton, Luzbely Escobar, and Uva de Aragón (all provided complementary).

You can learn more about the book and purchase your very own copy here and here.

What follows are the book’s PREFACE, ACKNOWLEDGMENTS, and TABLE OF CONTENTS.

Writing and coediting a comprehensive reference book on a country with such an intricate history and rich culture as Cuba has been both a challenge and a pleasure. Cuba is literally bursting with a diversity of voices and competing perspectives. However, the internal media monopoly and rigid ideological parameters regulating the island’s writers, artists, intellectuals, and scholars often make it difficult for outsiders to hear or make sense of these many voices. Moreover, outside coverage of Cuba often deals in shallow stereotypes and wishful thinking, uninformed by serious, sustained examination of how life is actually lived on the island itself.

Fortunately, this study has been prepared as the island undergoes an unprecedented period of change—coming both from above and below—challenging traditional limits on critical expression and creating more space for independent analysis. In an effort to seize this special moment, the editors of this book (two of whom, Miriam Celaya and Dimas Castellanos, currently live in Cuba) recruited more than a dozen others to give their independent, internal voice to the many topics examined here.

All of these authors are Cuban and nearly all continue to live and work on the island today. Most are also both experts and hands-on practitioners in the fields about which they write, including history, anthropology, law, politics, economics, migration, religion, racial and ethnic relations, class structure, literature, dance and music, theater, film, civil society, human rights, the media, and the Internet.

The editors would like to recognize these authors who—each from his or her particular point of view—took the risk of making their knowledge and analyses public. Given that their analyses are often at odds with both the “official story” promoted by the Cuban government and the often ill-informed one coming from abroad, their effort to show this other, often hidden face of Cuba while continuing to reside there is particularly valuable and commendable.

Writing a balanced, accurate, and original overview of this unique and fascinating island-nation has been a daunting task. How does one describe the innumerable ways in which Cubans have embraced and, indeed, internalized much of U.S. culture during the island’s century of independent existence, while at the same time recognizing the fact that the United States has often wielded its power and influence in a manner ultimately harmful to Cuban sovereignty?

Likewise, how does one do justice to the enormous initial popularity and impressive social achievements of the Cuban revolution, without ignoring the suffering endured by the Cuban people both on the island and in exile as a result of the Cuban government’s internal rigidity, intolerance, and paternalism?

As Cubans like to say, No es fácil (It ain’t easy)!

Although writing and teaching about Cuba can be a political minefi eld of sorts, even for the most enterprising and sensitive of scholars, the country of Cuba, with its unique culture, and the people of Cuba, with their contagious charisma, passionate convictions, and gracious generosity of spirit, make the never-ending task of understanding the country and its people inestimably rewarding and enriching.

This book is the fruit of more than five years of collaboration among its three coeditors and many authors, often thanks to our strategic use of the Internet and social media to share, edit, and translate the book’s various chapters. Thanks are due to the Swedish, Dutch, and Swiss Embassies in Cuba for opening their doors to the Cuban coeditors, enabling the free flow of uncensored information back and forth between Havana and New York necessary to make this book a reality. We even managed to convince a few brave (and happily anonymous) souls to help us by spiriting author contracts and payments back and forth between Cuban and the United States. We thank them here as well.

The volume provides an up-to-date overview of historical, political, economic, and sociocultural development of Cuba from the pre-Columbian period to the present, with an emphasis on the Cuban revolution, U.S.-Cuban relations, Cuba’s impressive cultural achievements, and the country’s current socioeconomic reality. The book contains seven narrative chapters, on (1) geography, (2) history, (3) politics and government, (4) economy, (5) society, (6) culture, and (7) contemporary issues.

Augmented by a total of 76 brief vignettes on various historical, political, cultural, or biographical topics of special interest or importance such as the Guantánamo Bay Naval Base, the Platt Amendment, the U.S. Embargo, the writer Reinaldo Arenas, the film director Tomás Gutiérrez Alea, the artist Wifredo Lam, or the human rights activists The Ladies in White. While the history chapter focuses almost exclusively on prerevolutionary Cuba, the bulk of the other chapters are dedicated to chronicling the economic, political, social, and cultural changes that have taken place in Cuban society since 1959 under the revolution.

The editors would like to give special thanks to our two intrepid student translators, Michael Prada Krakow and Natalia Pardo Becerra—both natives of Colombia. With key financial support from Baruch College’s Weissman School of Arts and Sciences, Mike and Natalia worked together with the book’s lead editor and translator—Ted A. Henken—for over a year rendering the various authors’ original Spanish-language chapters into an English that would preserve the content of their ideas and the beauty of their language. We also thank Regina Anavy for stepping in at a key moment with her own expert, emergency, volunteer translation of a few sections of this book. Its readers will judge how well we succeeded.

The editors would also like to thank Archibald Ritter, Yoani Sánchez, and Reinaldo Escobar who first introduced us to one another physically. We also acknowledge M. J. Porter, Karen Chun, and Aurora Morera, whose intrepid, behind-the-scenes work setting up portals to host their blogs allowed us to more easily collaborate virtually. Baruch College professor and top-flight literary translator Esther Allen also deserves nuestros más sinceros agradecimientos (our most sincere thanks) as she was a key link in the translation chain at an early stage of this project.

The writer, blogger, and photographer Orlando Luis Pardo Lazo also deserves our gratitude for graciously allowing us to raid his stunning trove of digital images of today’s Cuba, 15 of which illustrate the book’s pages. Queens-based graphic designer Rolando Pulido assisted with getting these photos camera-ready. Also, journalist Tracey Eaton, poet Uva de Aragón, and Cuban photographer Luzbely Escobar each generously contributed a wonderful photo of their own to the book.

Kaitlin Ciarmiello, ABC-CLIO’s acquisitions editor for the Geography and World Cultures series was especially instrumental in shepherding what unexpectedly became an unwieldy coedited, dual-language, and multi-author project through various stages of completion. Likewise, both James Dare, the book’s illustrations editor, and Valavil Lydia Shinoj, the book’s project manager were exemplars of resourcefulness and professionalism.

Finally, we would like to acknowledge the assistance of Cuban scholars Samuel Farber, Domingo Amuchástegui, and Eusebio Mujal-León, each of whom provided extensive comments on Chapter 3 “Politics and Government.” Likewise, Dafnis Prieto, the virtuoso Cuban percussionist and MacArthur “Genius” grantee, performed a similar service by thoroughly reviewing the section on Cuban music. Arch Ritter kindly did the same for Chapter 4 “Economy.”

We hope the published book reflects some of their extensive knowledge and editorial care. Of course, all errors, omissions, and oversights are our own.

3 POLITICS AND GOVERNMENT, Wilfredo Vallín and Ted A. Henken