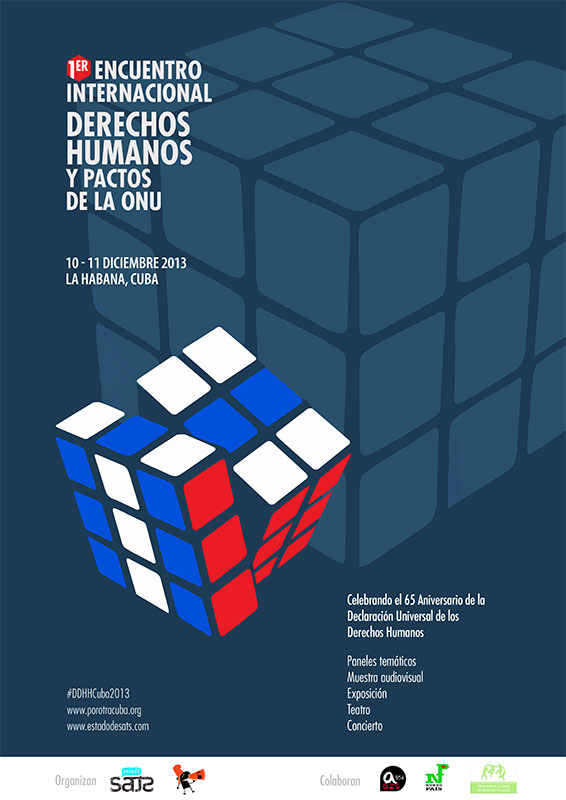 The independent Estado de SATS project in collaboration with New Country Forum and the Cuban Human Rights Observatory (OCDH), invites invites artists, intellectuals, activists and defenders of human rights to participate in the First International Meeting on Human Rights and the UN Covenants as a part of the Campaign for Another Cuba and the 65th Anniversary of the Universal Declaration of Human Rights.

Our projects have worked in recent years on the creation and growth of public spaces where different perspectives on the reality and future of our nation can be discussed.

Since August 2012, along with diverse groups and activists committed to the social situation of our nation, we began the Campaign for Another Cuba. This initiative has involved an ever growing number of Cubans within and outside the island in a civic demand that the Cuban government ratify and implement the United Nations Covenants on Civil and Political Rights and Economic, Social and Cultural Rights.

The meeting will begin on 10 December 2013. The event will include subject panels, audiovisual displays, an exhibition with the theme Art and Human Rights (painting, graphics, photography, installations), performances, and a closing concert.

Admission is free and open to the public.