14ymedio, Elías Amor Bravo, Economist, 27 October 2022 — A brief note in Cuba’s officials state newspaper Granma has set off the alarm. It’s getting ugly. During the council of ministers, which met yesterday, October 25th, they presented general directives for preventing and confronting crime, corruption, illegalities and lack of discipline. It was about time, but now the regime is willing to put an end to any behavior deemed illegal. No matter that, thanks to these activities, many Cuban families are able to put food on the table, after searching unsuccessfully in the state-owned bodegas.  The note in Granma states that one of the ten points taken up during the council of ministers was directed at “combatting excessive prices and the resale of essential products.” To that end, they drafted a request to regime and party leaders at all levels, but especially in local government, “to not waiver in these situations, and not allow space for theft and diversion of resources.”

What does this mean? Well, nothing other than, as of now it will be more difficult to find food, and the weight of the repression will be unlimited against people who offer these services to their fellow citizens.

But the repressive actions, in fact, have already begun in some agricultural markets in the capital. Authorities issued fines to vendors who were reported for abusive price fixing and other illegalities. Specifically, last weekend operatives of the Municipal Inspection Directorate (DIM) in Playa, Havana, imposed fines of up to 8,000 pesos to six vendors in the supply and demand agricultural market at 19th and 42nd for price violations and other illegalities.

Two of those sanctioned were fined for abusively fixing the price of tomatoes, bell peppers, and carrots at 300 pesos per pound as well as limes (200 pesos per lb.), and pineapples (100 pesos per unit). Two others were fined 5,000 pesos for not including in their lists the product price or for “finding 999 nylon bags without a receipt, for which the responsible party was fined 1,500 pesos and the merchandise confiscated.” END_OF_DOCUMENT_TOKEN_TO_BE_REPLACED

These infractions are included in Decree Law 30 of 2021 which establishes the personal infractions, sanctions, measures and procedures to apply to violations of the norms dictated in the price and tariff policy. In summary, the repressive apparatus is already functional and investigations will continue, especially after those latest instructions of the council of ministers.

Leaders want to identify the sources of these products as well as the houses converted warehouses for sale on the illegal market, so that they can confront the illegalities and lack of social discipline. This will be followed by a crackdown against the sale of foodstuffs, hoarding, theft of merchandise from state-owned stores and abusive prices.

It’s the same old, same old. If instead of concentrating their effort on unproductive activities such as surveillance, snitching, inspections, and repression, the authorities would dedicate themselves to produce more, so an increase in supply would flood the market and contain prices, it would be another story. It is obvious that they are not going to do this, or worse, from a communist ideological perspective, repression is the motivator.

What the regime describes as “illegalities” is so astonishing and extensive that someone should begin to worry about those anomalies that only exist in Cuba. Not even in impoverished Haiti is it so easy to find such illegalities, for example the sale of propane tanks at bakeries and other stores, where Cuban communists confirm that there is “probable complicity of some employees in the theft of more than 1,000 tanks.”

Another, with respect to the sale of fuel at service centers, where the deficit or the delay in service is due to “problems in shipping, an increase in demand, and an increase in the time required for the purchase transaction at these establishments.” To say nothing of the electricity, less than 20% of the lights have come back on in the capital city, which remains dark. With housing, another, homes affected by the hurricane remain in the same situation (of 1,176 affected only 166 have been repaired). Another record.

But what truly worries authorities are the prices. Authorities want prices to adjust to the costs and reject the laws of the market, in both the state and non-state sectors. And, especially, they do not want to produce wealth, which is what sets apart the economic actors of the state political power. Bankruptcies and closures will follow. People can’t sell at a loss. There is no making heads or tails of this.

Conclusion. The regime takes the Doberman of fear out for a walk, and prepares for the worst. This time, as if a novelty, in the council of ministers they announced the traditional “strategies for the social transformation of people who neither study nor work, so they may contribute to society.” Social transformation? What the devil is that? Perhaps a new UMAP* is coming in the 21st century? Will the world remain impassive in the face of these communist practices in Cuba?

In the same ministerial meeting, Gil informed on the country’s economic performance as of the end of September this year, but nothing has changed. Perhaps he did this to justify the spending on that survey which claims to measure consumer satisfaction among Cubans. An absurdity. Granma says nothing in regard to this, only that during the council, the following matters will be discussed: the portfolio of opportunities for foreign investment (a failure from the start), the national hydraulic plan (impossible to implement without investment in hotels), the decree law on conflict mediation (after the family code, anything is possible), and the expected assignments for the 2023 graduates of higher education and mid-level technical schools (employment for all, even if they’re worthless). All very interesting, right now. 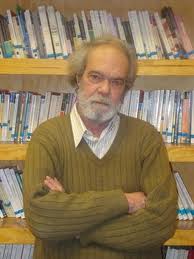