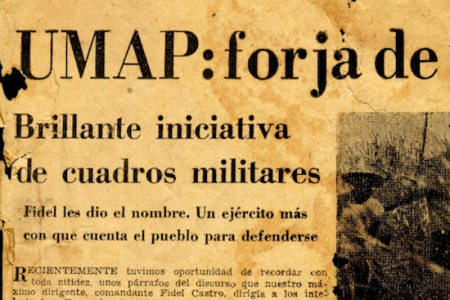 The psychologist Carolina de la Torre, a professor at the University of Havana, is about to publish the fictionalized story of her brother, Benjamin de la Torre, who committed suicide in 1967, just after leaving one of these camps. In a recent interview she recounted the difficulties in “finding out and writing about this episode in my own country.” In effect, for too long any investigation into this thorny episode in Cuba’s history has been avoided, while the importance of information and witness accounts that came to light off the island was called into question.