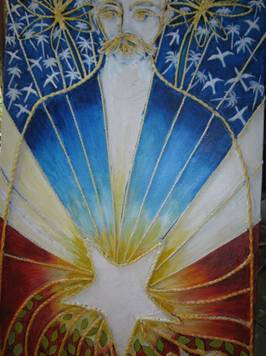 Today in the United States the day is called “Black Friday,” the day after Thanksgiving. All the retailers nationwide attract a great number of women who stand in line in front of the large stores starting in the earliest hours of the morning, to be the first to get the items on sale. Meanwhile, most of the men stay home in front of the television so as not to miss the football games.

It is known as “Black Friday” because the stores earn their highest profits on this day, turning the ink in their account books black.

Here on my planet, the turkeys brought from North Carolina, USA, despite the famous blockade, are dying of laughter in the freezers of the hard currency stores. The cost per pound is about 3.50 in CUC’s or nearly four dollars US. You already know the weight of the smallest turkey. So there is no increase in special odors nor aromas, wafting over from the neighbors’ ovens. Given the truth of what I’ve said here, there is no tradition of it, but how could it possibly take hold with such limitations.

Many people on our planet know of these feasts through illegal CDs that circulate from hand to hand, with the Maria Elvira and Este Noche Tonight programs, which feature program breaks that always make you salivate, with the supermarket ads enticing you to buy a wide variety of products at incredibly low prices, especially as compared to here. So, although as much as the majority of people on my planet would like to enjoy this tradition (everything about this holiday is well received), we find it absolutely impossible, not to mention that we need to save the little bit that we have to celebrate Christmas Eve, which has been imposed by popular will, despite the fact that they have wanted to move the celebration to the beginning of the year.

My husband and I celebrated yesterday by drinking a toast, with the softdrink Tu Cola, in the house of our friend the poet and Regina. Our budget would not stretch any further, but we hugged, and we expressed our gratitude to God, for enjoying with each other such a beautiful friendship. We did the same thing by telephone with friends who have left us on this planet, where every day, not just Fridays, is black with gray stitching.