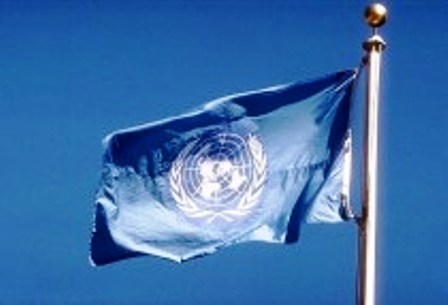 At the end of September, Ban Ki-Moon, Secretary General of the United Nations, received Bruno Rodriguez Parilla, Cuban Foreign Minister, at U.N. headquarters in New York, according to a report in the national press.

This recalls 28 February 2008, when Felipe Perez Roque, the former foreign minister, shook hands with Ban Ki-Moon, after signing the International Covenants on Human Rights. To date, the task remained unfinished. Nor were there any improvements in Cuban domestic politics.

Given the number of inhabitants on the island there is a disproportionate number of prisoners. Each month arbitrary arrests increase although the Constitution provides, in Article 58. “The freedom and inviolability of the person is guaranteed for all those residing in the country. No one may be arrested except in the cases, in the manner and with the guarantees prescribed by law.”

And strict compliance with the Constitution and laws is inexcusable duty of all as provided in Article 66.

Also growing is the number of those imprisoned for political reasons, as compared with other nations like the United States, Latin America and some European countries.

The Cuban authorities, for the sake of convenience, speak well of the UN. Especially if it comes to condemning the economic, commercial and financial embargo against the people of Cuba. The newspaper Granma calls this “a flagrant violation of international law, the rules of peaceful coexistence and human rights.”

After more than 50 years of embargo, the Cuban suffocated the freedom of Cubans. The government blames the United States for all the scarcities.

What’s more, a statement from Cuba’s Ministry of Foreign Affairs accuses the United States Interests Section of promoting courses for subversion in Cuba. Paradoxically paraplegic (!), this statement is nothing more than a reflection of the faltering “Revolution” and the violation of the fundamental rights of Cuban citizens.

As practice has shown, the “blockade,” like the aggressive and genocidal policies are not those of the exterior, but those within. We can only count on the will of the Cuban people to demand that they firmly comply with justice.

And… that the covenants will be ratified!