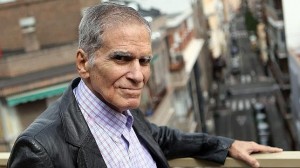 Two qualities, among others, were always prominent in the articles by Chepe that appeared regularly both in Cubaencuentro as well as other publications like El Nuevo Herald.

One of them is that he could achieve the delicate balance that allowed him to present a balanced article or analysis while making clear his point of view.  To this end he would always base his writing on data and reflections free of bombastic criteria, the usual demagoguery and opportunism.

The other quality was the use of data supplied by the Cuban government itself, supported by other from international organizations, to support his analyses. That way he never conceded to the convenient argument that all information from the island is false; an argument that may have some truth to it, but that also brings an easy and complacent negativism among certain groups of exiles. It is not that Chepe believed all that the regime said, on the contrary, he knew what to question and how.  In that sense, he and professor Mesa Lago have set the precedent, and have valuable information where others refused to look.

Personally, and during the time in which I had the pleasure of editing his works for Cubaencuentro, aside from an honor, it was always a pleasure to have such a precise intellectual, both in the numbers he offered as well as his composition and spelling, all of this done with absolute humility.  He was what be said easily, but that is almost impossible to find: an example.