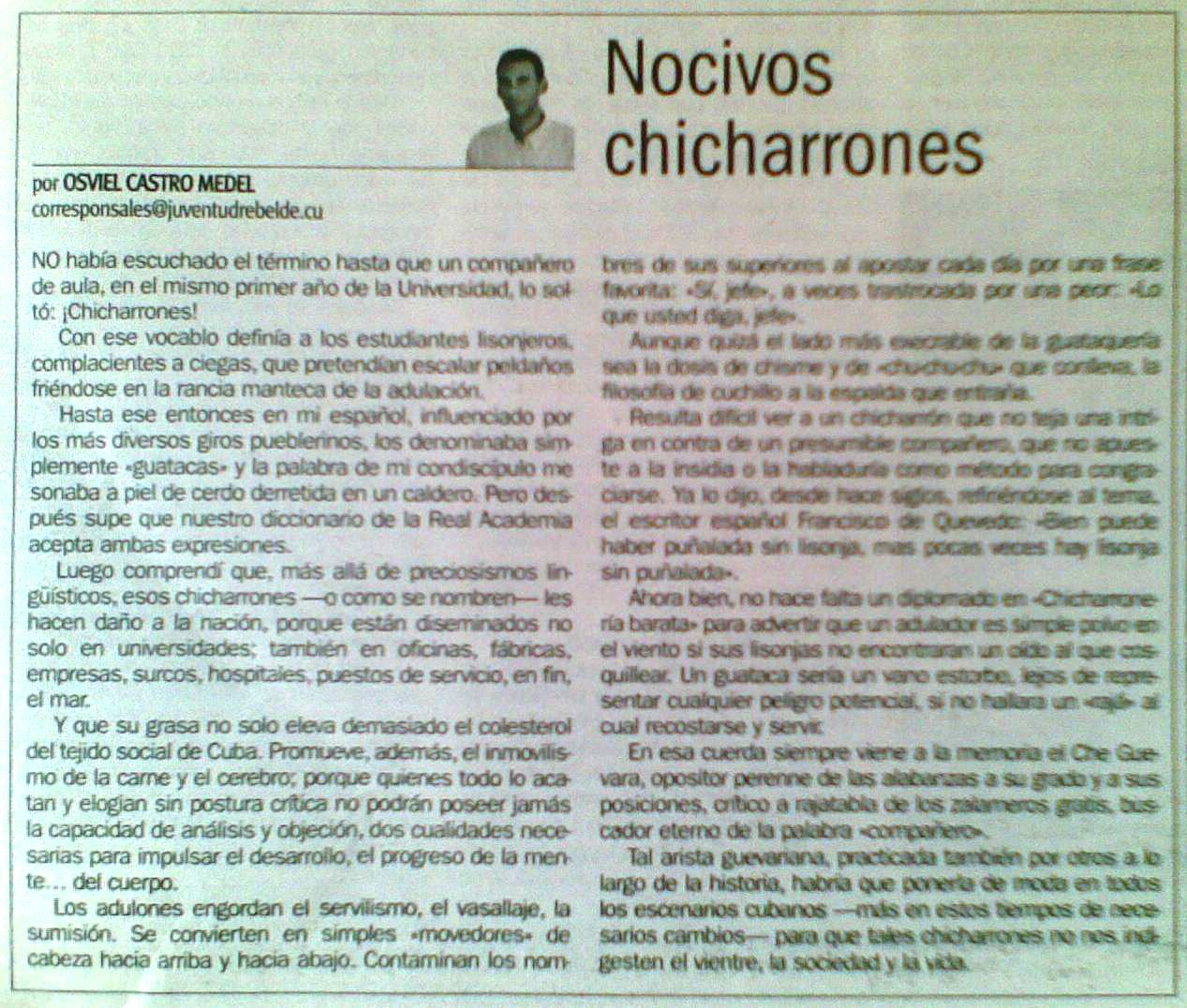 An article in Juventud Rebelde on Sunday, January 6, caught my eye. It felt like a gift from the Three Kings — although a modest one, written for my pleasure by its author, Osviel Castro Medel. With the first of his last names many might suppose that he would have opinions diametrically opposed to the view expressed in his article. The title of his work is “Harmful Chicharrones” and alludes to the sycophants that exist in all societies. These excessive flatterers constitute the well-seasoned sauce on the main course of the boss, Snow White’s magic mirror to slobber over one’s superiors about how competent and “enlightened” they are: as if in regime’s such as Cuba’s the perks attached to some jobs aren’t enough, especially for those in jobs of a political nature.

The most widely-used term to refer to these people was “guatacas” — an agricultural instrument that in other countries is called a hoe — perhaps because in their function of clearing the land for cultivation, the action with which the tool is manipulated made someone think of a gesture meaning “for me.” This definition held sway on this tangle of islands and predominated until a few years ago, when popular slang came up with another synonym.

The guatacas or chicharrones are the armchairs where the sickly egos of many leaders lounge, while making themselves a poison for society and an obstacle to the necessary alternation in office. They are flattering their superiors like dirty pig skin, like an adipose adhering to their low self-esteem and the unshaven practice of their servility.

Of course, the journalist, who works for the official press and possible has passed through all the direct and indirect ideological screens to get there, doesn’t dare to point out or mention the character who in our country institutionalized the term guataca, rewarding the chicharrones with foreign travel, positions with greater respect and pay, as well as other benefits, with the purpose of mass producing this negative behavior.

Anyway, after ripping off a strip of the hide — as if they were dealing with pigs — the people accustomed to undertaking such practices lead the rest of us to conclude that “the chicharonnes are the triglycerides (bad fats) of the whole collective or society.“