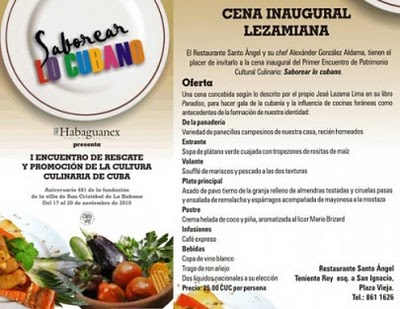 FROM “THE FLIGHT OF THE CAT”* TO YOUR MOTHER’S TWAT**

There’s the lyrical Lezama Lima, of unintelligible flight, before whose spirals we bow because to read them would be in vain, and a pain. And good for us. That Lezamian lyricism never had much success, except for quoting and thus accumulating a certain intellectual prestige. That obscure yet not at all secretive writing, crippled by its symbols meant to multiply its meaning, was pure inner space, the intestines of an author that regurgitated everything. Solipsistic saliva, sometimes another mood of our sentimental being, interjections included. The least Cuban thing in the world, let there be no doubt.

But there’s also that big impressive bastard Lezama Lima. The prose-writer that flirts with the prosaic, although, unfortunately, his overdiscursive always impeded it. The man who filled his novels with a homo Bible to defend ourselves not just against the old Catholic God, but also, when it arrived, against the new communoid State. The guy who made guys hurl themselves at other guys, using strange verbs and invented adjectives, just the same at the end of our tiny Republican era as at the beginnings of the overstaying Revolution. The magister penis within whose paragraphs of impossible punctuation the only word missing to label the human cock is precisely that one: cock (at this point, the professional prudes may now proceed to spit on me, they won’t be the first: the Ministry of Culture and the secret police have beaten you to it).

That Lezama Lima of “your mom’s twat” and “no, a thousand times your mom’s twat” (they’re quotes from his Oppiano Licario), the one who disguised genitalia with undershirts because if the vagina appears… I don’t know, Fronesis cannot enter (now this quote is mine, luckily), the one of voyeurism in the dumpiest movie theaters and pissing on the shoes of the man that, during the last macho night, stuck it in you (in his Paradiso, that is), the one of the 20,000 Eudoxus cured of Foción’s father’s madness (army of characters that Cuban literature has not had the cojones to process), the one of incestuous three-ways and illicit trysts and throat-slittings with bound-up balls, plus the nocturnal groping of Parisian testicles by an arid Arab… anyway, that masterful Lezama Lima of anti-lyrical substance (even with his exhibitionistic and extravagantly thundering glands of cornaline agate), the one of certain etymology, for example: templar (“a delicate word in the extreme”), the one who waited for the death of his mother to then escape into desire, or at least publicize it at the UNEAC (National Union of Writers and Artists of Cuba). That underground author shall be forever our best unknown.

Lezama Lima deserves a little phallus upon his tomb the size of Revolution Square (in his work there is no lack of such penile visions, even right in the middle of a ragtag mob of students against the dictatorship of the time). But our baroque man is little by little getting stuck in the cultural swamp of mythic bullshit (even the minister of culture was a Lezama admirer!), as if the classics for their part (not very saint-like in their beginnings) weren’t fundamentalist fornicating fauns.

Lezama Lima was not. A shame. Those will be, I suppose, the limits of his colossal writing, never delirious. There he lacked, I think, the touch of Truth and Life in the experience of reading him. Sex for him continued to be a downfall. He wasn’t able to denounce head-on those who expropriated from him, because social blackmail works marvelously against someone who doesn’t dare to declare out loud his own pleasures.

Lezama Lima died sorely needed. He owed us a bit more. In his novels he was just starting to liberate himself of that more respectable and private pose. Perhaps his last verses tried to erase, by invoking the absolute void, all the back and forth of his countless paths and supposed poetic system, maybe to later insert in that black hole, if death had given him a chance, the macrogenitosomatic magnificence of that massive, pertinent prick.

It’s not without significance that no biographer (he doesn’t have any, of course) has been concerned with identifying a Cuban who physically loved José Lezama Lima. Our man never found the love of another human being (that of the readers doesn’t count for shit, don’t play the anointed ones now). He only managed mediocre maternal friendships, wholesale spies (they sent anonymous threats as easily as they sent ambulances, so that he wouldn’t die without saying that Cuban healthcare was free), and the semen of strays in exchange for his salary. And that imago truly does disconcert me. The whole time he lived in internal exile in respectable suit and tie (except when fantasizing in his writing, and that gift saved him). The whole time he keeps getting parodied for his spicy, asthmatic wit and his affectionate touchy-feeliness (disciples still survive him who speak wheezing with emphysema, as a guarantee of authenticity). We don’t even know if upon ejaculating his prose he once cried out (in this sense, his transcendence is mute, almost null).

José Lezama Lima died a virgin, he could’ve been our first fag martyr. The little joy found in Cuba stuck a tampon on his pride of being the best (in gay pride he didn’t even reach gay shy). Maybe his cross was exactly that. Being forced into a closet, and on top of that saddled in a corset.

*”The Flight of the Cat” refers to El vuelo del gato, the first novel by Abel Prieto, published in 1999. Prieto is Cuba’s current Minister of Culture and widely regarded by Cuba’s independent artists and intellectuals as the cultural gatekeeper of the regime.

**This refers to a very popular Cuban epithet, el coño de tu madre, yelled at someone in anger, which literally means “your mother’s twat”. This epithet, and countless versions of it, is also very common in at least Argentina, Spain and Venezuela.