I never knew my grandfather Miguel Coyula because he died on 23 November 1948. But his influence has touched even the Coyulas who came after me, the last of his grandchildren. We grew up listening to the courage that earned him the rank of commander of the Liberation Army, standing in the galaxy of young habaneros, according to Loynaz del Castillo in his memoirs. In the midst of the corruption that erupted during the Republic, my grandfather made honesty his main virtue, he died paying rent on a house in the neighborhood of La Sierra and supported his family with the salary of a journalist.

In the House of Representatives, where he became president in 1917, he was reelected over and over again without having to buy a vote. Known as the “Man-Renouncer” for all the public offices he refused, including to be a presidential candidate. I would have liked to ask him how he reconciled his political life at the side to Menocal. To avoid a painful breakup with his former boss in the war, when Menocal allied with Batista, my grandfather took refuge in journalism. He was self-taught, but nobody asked for a degree to collaborate in Bohemia or Carteles, to have a regular column in El Mundo, or to be founding president of the InterAmerican Press Association. And from Bohemia and without leaving Cuba, in a time of billy clubs and castor oil, he demanded the surrender of Machado.

He shone again in the Assembly, where he served as President for several sessions; there he entered into a debate with the Communist delegate Blas Roca about including an invocation to God in the Constitution. He, a convinced secularist, recognized and respected the religious roots of the population.

When he died, he lay in state in the Hall of Lost Steps in the National Capitol and his huge funeral was only surpassed later by those of Eduardo Jesús Menéndez and Chiba. The people who crowded the street were not summoned there and no one went to check the list of attendees. In his honor, November 23 was named as Day of Citizen Integrity. At 30th and 19th, near his home, on the first anniversary of his death, a bust was unveiled and a park bears his name, like Avenue 19, and in Regla, his birthplace, there is also a statue and an Avenue and school named after him. 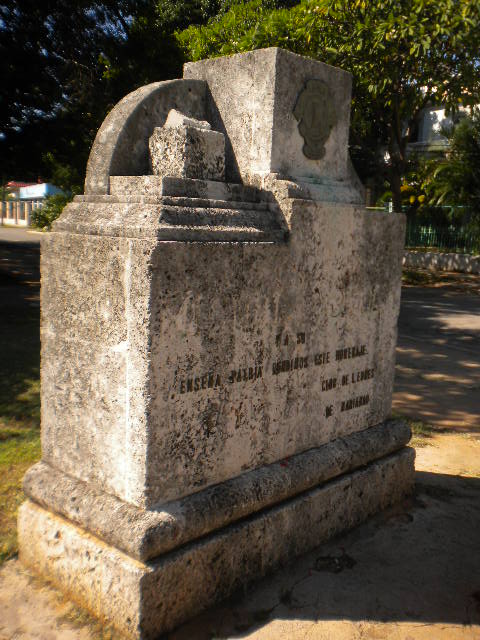 But Commander Miguel Coyula is a forgotten patriot. He does not exist in Wikipedia (which I intend to amend) and to read about him one must refer to paper encyclopedias. His civic virtue and his anti-imperialism failed to override his convinced anti-communism. Today, no one knows who he is. In keeping with an image fallen into disuse, the bronze bust in the park at 19th and 30th was stolen years ago, no doubt to produce quality articles; and the letters of the identical material with his name, embedded in stone, were also disappearing until there were none left. They failed to delete him entirely from the monument in the center of the park, no doubt because it’s very high and in a well-lit place. 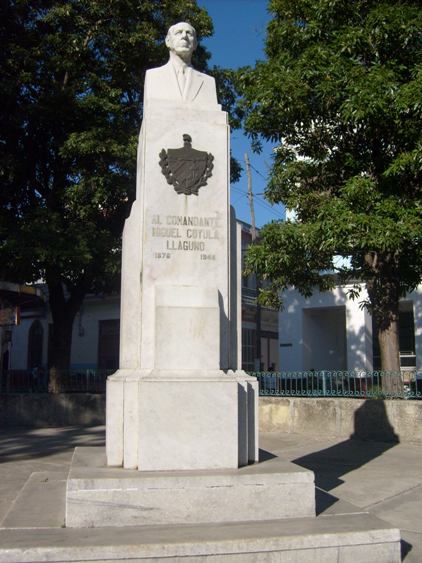 To write this post I searched the family papers looking for photos. My son was full of curiosity, especially with a picture of Grandpa with Ramón Fonst and Capablanca. I had not noticed it and took me a minute to recognize my grandfather, always identified to me by his image as an old man. A photo from 1915 which shows dark hair and handlebar mustache. I was glad to return to these stories, lover of history that I am; to remember where I come from …

… And my grandfather today would have been an alternative blogger.