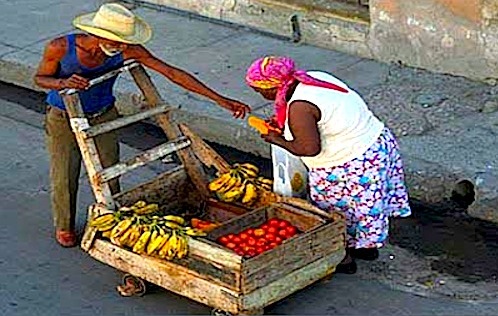 HAVANA Cuba – Imagining a Cuban nutritionist in a health centre is like flying a kite without air. Given the general scarcities, these specialists in healthy eating, in their efforts to propose adequate diets to patients with obesity, high cholesterol or diabetes, have to act as circus magicians.

How can anybody guide you on what to eat to improve your health when you can’t obtain essential foods such as milk, beef, fish, seafood, when malangas (a kind of sweet potato) are available occasionally and potatoes are unobtainable?

Carmen, a nutrition specialist in various hospitals, finds her work makes her sad. “We all know what deficiencies we have to put up with. It pains me to see the looks on the faces of the old people who ask what they should eat, and complain about the impossible prices of fish, a pineaple, or oranges, from the healthy eating suggestions I give them so that they can recover their good heath”, she told me. 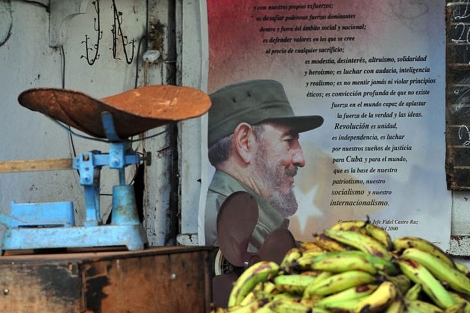 Most people – Carmen included – can’t afford fruit, on their miserable incomes. Imagine an old lady whose social security payment doesn’t even allow her to buy medicines, or a single mother without economic support from her child’s father.

A balanced diet is necessary to control certain conditions, but it’s also necessary to maintain your health. The worthless junk food eaten by Cubans is really an insult to the palate, is responsible for the small stature of today’s kids, the early loss of teeth, and the use of canes on the part of many under-70’s, due to deterioration in their bones.

It’s impossible to avoid catching diseases, when we are eating our monthly ration of “enriched mince*” (whose ingredients no-one knows), the little bit of chicken you get when there isn’t any fish; and other “leftovers”, dating back to the 90’s, of the notorious Special Period**, which never ends. 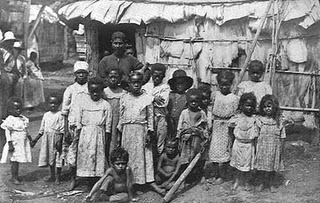 Who would tell the Cubans of the island that their food would be much worse than the diet the 18th and 19th century colonist farmers gave their slaves? In the plantation barracks they did not go without dried beef, bacalao (a type of fish), beef, milk and other valuable nutrients.

The 1842 rules regarding slaves specified that the masters must give their slaves two or three meals a day, with eight ounces (230 gm) of meat, dried beef or bacalao, and 4 ounces (115 gm) of rice or other kind of grain, accompanied by 6 or 8 plantains every day, or their equivalent in sweet potatoes, yams, yuccas or other types of tubers.***

Before 1959, the chef Nitza Villapol, became popular with her television recipes Cooking by the Minute. Later, in order to survive in the revolution, Villapol (by then a party militant) adapted her recipes to fit what you received in your meagre ration card. And ended up offering a recipe for “grapefruit steak”.

Even our very own Fidel Castro didn’t escape the temptation of offering cooking recipes. He recommended Cubans to drink some milk with a little bar of chocolate. It seemed like a joke: “what chocolate, and what milk?” asked the desperate mothers at home, who did not know what to dream up to feed their kids. 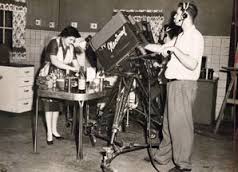 It’s absurd that the government can’t guarantee every citizen a glass of milk, and doesn’t allow Cubans to set up private businesses to supply milk and meat. It’s hypocrisy to blame the low livestock output on theft of cattle, when it is nothing else but another product of our misery.

What can we look forward to? Today’s slave-owners refuse to relax the state monopoly, the reason why Cubans can’t enjoy a balanced diet. What can Carmen, the nutritionist, say to the elderly person lacking in vitamins who asks her what should I have for lunch and dinner?

Translator’s notes:
*”Mince” refers to “minced meat” which, in Cuba is likely to be a “mystery substance” rather meat.
** Fidel Castro coined the term a “special period in times of peace” to refer to the time after the collapse of the Soviet Union when the sudden loss of the USSR’s financial subsidy plunged Cuba into a severe economic crisis
***Source: El Ingenio, Manuel Moreno Fraginals