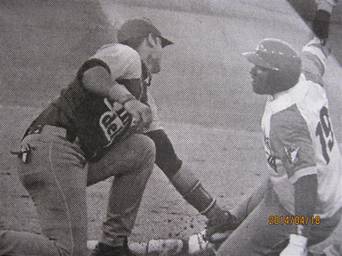 The 53rd National Series of Baseball has concluded and, once again, demonstrated the nuisance of having 16 teams participate, and the impossibility of outfitting them with enough top-quality players.

After the first forty-five games, eight teams remained. Although they were reinforced with players from the other eight that did not qualify for the second round, problems remained in defense, offense, and pitching, where the performance of many of the starters and relievers left much to be desired. In fact, only six of these teams were competitive, but their indiscipline persisted, often turning stadiums into boxing rings.

With the arrival of the playoffs, first with four teams and then with the two finalists, the situation did not improve substantially: poor defense continued with multiple errors, hitting was off, and the pitching performance was disastrous, as demonstrated by the fact that in the final game one of the teams ended up using twelve pitchers, breaking the record for pitchers used in a single game by both teams.

It’s no secret that Cuban baseball has been going badly for some time, and that profound measures are urgently needed to bring it out of its prolonged lethargy, which will not be easily or quickly achieved.

They range from the base, where the true mass character is formed, with good coaches and trainers that develop the talents, to revamping the current structure for reaching the National Series. They should also include the participation of our players who make up part of foreign teams.

Today the best baseball is played in the leagues of other countries and in the big leagues of the United States. We should learn from them and put an end to the absurd lie that we are the best and we know everything.