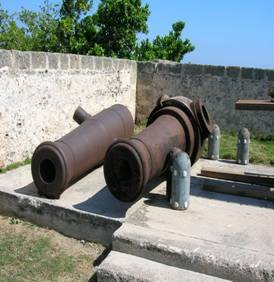 Conflicts between countries, between governments rather, have been a constant in human history, since they appeared as such. The motives have also been varied: geographic, economic, political, ethnic, religious, and so on. Today, in the early twenty-first century, many still remain and, at times, even worsen.

Usually the solutions, violent or peaceful, ultimately affect only to those involved that is, the two opposing countries and their governments. Although the contestants attract, towards one or the other and according to the different political and ideological overtones, support from other countries and governments, it is nothing more than a backdrop to where the clash occurs, providing very little to its solution, as formal statements are more diplomatic than real, which usually last for years in world organizations and forums.

Examples abound: Cuba-United States, Argentina-Britain, Israel-Palestine and others. Each of these disputes will only be resolved by agreement between the disputing parties when, tired of being offended and hateful, or because of economic or political expediency, they decide to sit down and talk respectfully and seek mutually advantageous solutions.

The choirs that support one country of government, are nothing more than this, a simple choirs. It is a comfortable and not dangerous way to achieve world prominence at the expense of others, particularly when many of the leaders, while supporting one, try to sell their products to the most powerful, attend to their illnesses in their medical centers, send their children to study at their universities and to enjoy, also there, their vacations.

Because of these realities, I consider the pacts of support to be a waste of time and resources, like a mandatory chorus, they are taken continuously, more from political inertia than by the conviction that they will work something out.

It would be healthier, from a truly neutral position, to try to achieve understanding between countries and governments at war, and let these, when they choose and consider it viable, to resolve their differences without outside interference in what concerns them alone. At least, in this way, we’d get rid of a lot of empty words and bland speeches, repetitive and unoriginal.