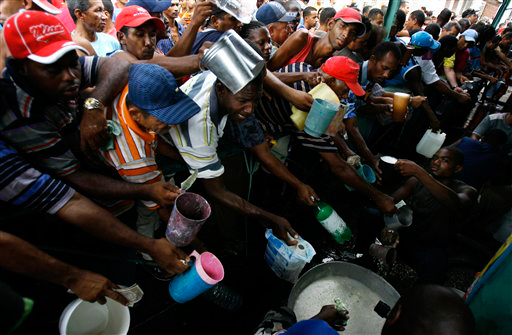 Like a soap opera, the marches and riots in Tunisia and Egypt were followed in Cuba by people committed to the future of their country, like the opposition, independent journalists and bloggers. Those citizens wishing for political and economic changes saw on TV the biased opinions of local experts, and they listened on short-wave radio to the news coming from Cairo.

In the halls of power, leaders analyzed the reports with growing concern and long faces. They took note. Another autocracy was going under. Without the mass media or military strategists to bail them out. The central role of events in Egypt was played by the people, made desperate by poverty and demanding freedom. A disturbing message for the Creole leaders.

Spontaneous popular movements have unpredictable effects. The Castros know this better than anyone. They have an efficient intelligence apparatus that gives them daily reports on the state of popular opinion in the island, which is certainly very tense. But still, they have room to maneuver.

For a number of Cubans, what happened in Egypt was a distant symphony. Mired in that vicious circle of getting food or repairing the roof before hurricane season arrives, they paid little attention to the Egyptian drama and its hundreds of dead and wounded.

When they think about the future, that part of the population doesn’t see itself protesting in a public square. The future, they say, is to live in a decent house, to have breakfast, lunch and dinner every day. And if they don’t connect with a US visa, to be able to travel to other countries.

Now, with the carrot of expanding self-employment held out by the government, they believe they may have an opportunity to change their fate. Of course, when it comes time to protest, they weigh fear, logic and the human factor, receiving a broadside of punches by riot troops or a bullet ending their lives. The spark that could ignite a possible revolt on the island has yet to be struck.

The Castros know that the situation in Cuba has all the ingredients for mass protests. There are similarities that scare them. The same desperation that drove millions of Egyptians to march to Tahrir Square is something that Cubans experience firsthand.

When will change arrive? In what form will it come? Popular revolts, or a slow and controlled transition from power? Predicting the future is complicated. Havana is not Cairo.

But in Cuba, definitely, democratic reform will happen. When a majority decides it. Meanwhile, uproars are seen only about buying potatoes or beer in bulk.