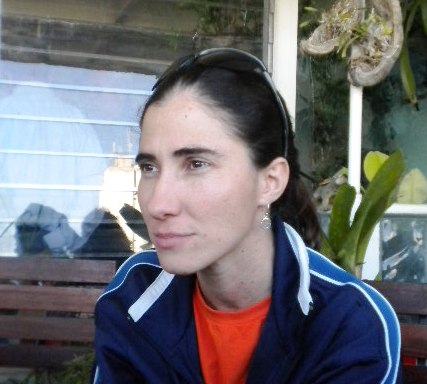 A journalist from abroad asked me about the content and the implementation of something known in Law as Right of Appeal, which in Cuba turns out to be problematic.

In our case, the first problem is that our multi-awarded compatriot Yoani Sanchez brought this action against the Minister of Interior, General Abelardo Colome Ibarra.
The reason why Yoani did such a thing is that she has been invited, on nearly twenty occasions, to receive her awards abroad, but has never been given a “White card” — the permission to leave the country — so she can receive her awards in person.

The second problem is that in the XXI century the world has evolved enough, so that in any country its citizens are the most important thing. And that means we must treat these people with the human dignity that José Martí claimed for the Cubans and that is now found in the Universal Declaration of Human Rights.

The third problem is that “according to the law” the actions of the government and the state must have legal foundations and legal procedures that are clearly established, known, and within reach of citizens, enabling them to defend their rights in any given situation.

The fourth problem is that when we act ignoring the laws and legal procedures that exist, we fall in the arbitrariness of the authorities, something not very well regarded in these times.

The fifth problem is that the people will never tolerate this arbitrariness indefinitely, and they will begin, as the well-known blogger has, to use the resources that the national law gives… to the protesters.

The sixth problem is that the problem now created (and forgive the redundancy) could have been avoided by respecting Article 63 of the Constitution of the Republic:

Every citizen has the right to make complaints and petitions to the authorities and to receive the attention or the appropriate responses on time, according to the law.

Perhaps we can find a moral in all this: Problems can be avoided … when rights are respected.