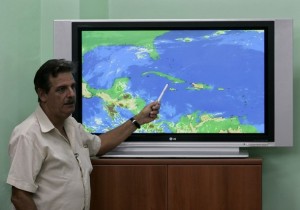 If one were asked what should be saved of the Castro brother’s communist revolution, the number of responses would be enormous. Followers of Fidel Castro — those who hang his portrait on the walls of their homes and swear he is the greatest statesman of the twentieth century — would come up with an endless list of accomplishments that should be carried on into the future.

Those who are convinced that Castro is the worst political scourge ever to afflict any country would smile quizzically and answer in a single word: nothing.

There would also be nuanced responses. Serious academics and a less passionate segment of the Cuban population, both on and outside the island, would emphasize that any future plans for the nation should include retaining universal and free health care and eduction, but little else.

Intellectuals and political scientists from the modern left argue that, before evaluating any social achievements of the Castro regime, it is essential that national sovereignty be maintained and that, in a future looming just ahead of us, we should not fall under the sphere of influence of any of the world’s power centers.

They argue for a politically independent Cuba, one with good relations with the United States but without being an unconditional ally. And for being able to accuse Washington in an international forum of any given outrage or to condemn it for some arbitrary action in one of its many wars to promote democracy.

If they could be transported in a time machine, armchair democrats would place Cuba at the level of Barbados or Trinidad and Tobago, minus the headlines in the international press on human rights violations and with a better economy and social services.

In debates Cubans committed to their country envision in their minds a spectacular future. Being optimistic is a positive thing. It is interesting that, in occasional discussions in which the admirers of the revolution participate, authoritarianism, multi-party government, the creation of independent trade unions and respect for free speech are openly acknowledged.

Public health and education are not the only unquestionable successes. Certainly teaching carries with it a strong ideological message, but all citizens living in Cuba have the possibility of learning to read and going on to higher education.

Other points in its favor are the access to culture and sports. There will always be asterisks, however. It is not possible for a nation to have a hard-currency economy and expect to be in the top spots at the Olympics.

Schools devoted to sports and arts education for children and adolescents with talent should be retained. Gymnastics and sports centers should also be brought back as a source of entertainment and a healthy option for the mind and body.

The civil defense system should not be touched either. It has worked. Since the devastations of tropical storm Flora in 1963, which cost the lives of two thousand people and caused enormous property damage, the loss of human life from hurricanes and other natural disasters has been minimal.

Broadly speaking, these are, in my opinion, the principle victories that could emerge from the Cuban revolution. Of course, there are many more things that need to change.

Addressing pressing social issues, unresolved political rights and structural changes are an enormous challenge for any future democratic administration in Cuba. But that is another story.

Photo: Dr. José Rubiera, the most recognizable face from the Institute of Meteorology and the man whose forecasts facilitate preparations by Civil Defense and the public for the arrival of thunderstorms, cyclones and cold fronts.