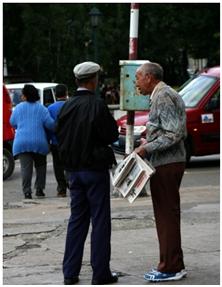 In principle, States enjoy sovereign power, which they are able to express through the actions of their government bodies and the enactment of laws. The latter are the suitable instrument for exercising their right to prescribe crimes and penalties (the right to punish). But it is disturbing how the Cuban government uses the coercive force of criminal law for political purposes.

Supposedly, the criminal law and the activity of the coercive state apparatus should protect society in general. Their purpose is to prevent and suppress acts that injure or endanger fundamental interests that affect the lives of human beings. For example, protecting property against theft, and human life against acts committed against one’s person, etc.

The precarious economic situation of the nation determines in part that conduct which qualifies legally as crimes, may be welcomed, supported and tolerated by society. For example, theft in the context of labor relations with the state. In other cases, socially accepted behaviors are penalized for political reasons. The sale of goods between individuals is prohibited by law. Economic activities are the exclusive province of the Socialist State.

There are also actions that are not prohibited by law, but which are suppressed by law enforcement. For example, having an official address in a province other than the capital, and staying in the capital without authorization, can result in being detained for illegally being in Havana.

Carrying on critical journalism independent of the official media is another example of prohibited conduct that does not represent a danger to society. Law 88 of February 16, 1999, “On the Protection of National Independence and the Economy,” popularly known as “the gag law,” punishes those who publish their opinions by any means – on radio and television stations, in newspapers, or in magazines or other foreign media.

It is clear that the repressive apparatus of the Cuban state has deviated from its fundamental objective and the principal reason for its existence. While Cuban society is sinking into decay, it uses the right to punish to suppress and persecute conduct perceived as undesirable by those who wield political power.