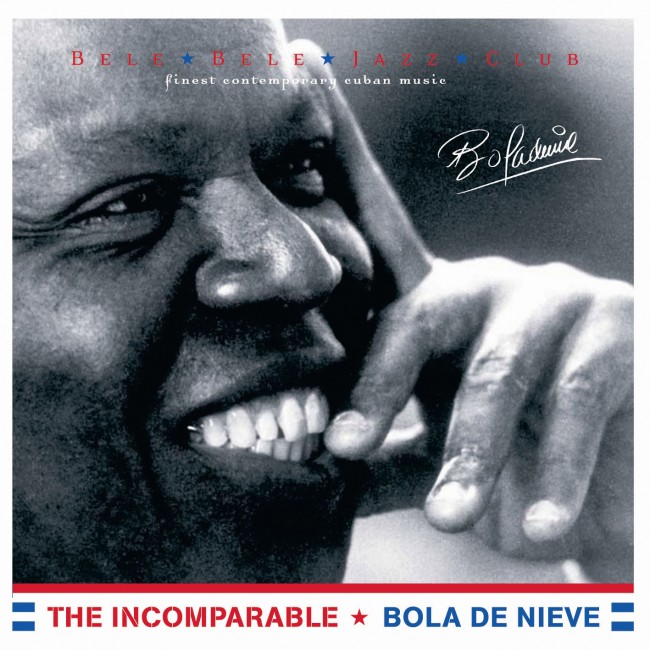 He was black and homosexual. He was not physically attractive and he had a nasal voice. But with a tone as perfect as his hands, which appeared designed to slide across the piano keys of the bar-restaurant, Monseigneur, on 21st and O, in Vedado, where Bola de Nieve (Snow Ball) had his sanctuary.

El Bola (The Ball), as Cubans liked to call him, is one of the three great icons of Cuban music born in the former Villa of Guanabacoa, a village east of Havana, popular for its resistance in the face of the attack of the English in 1762. The other two are the singer and actress Rita Montaner and the pianist and composer Ernesto Lecuona.

Ignacio Jacinto Villa Fernández, his given name, came into the world on September 11, 1911. On October 2, 1971, at the age of 60, he passed away in Mexico City, the city that discovered him before the rest of the world. He wanted to be a teacher, but he ended up as a musician. To the political convulsions in his youth was added his condition of being black and gay.

In the decade of the 1930s, Rita Montaner, who already was a star, helped him to earn some pesos as an accompanist on the piano at the Hotel Sevilla. He himself earned money by playing during the intermissions of silent movies in neighborhood theaters. At that time, he must have had the idea of singing while he played the piano. And that converted him into a unique piano man

The ’40s and the ’50s went by, and Havana was a city with an intense night life. El Chori played percussion in the casinos on the beach in Marianao. In the club La Red and La Lupe, with his histrionic qualities, he imposed a peculiar way of singing. Nearby, Elena Burke, the emotional señora, transformed into Scheherazade in the depths of Focsa, in the cathedral of bolero.

Without leaving Vedado, for very little money, every night in the Gato Tuerto, you could hear César Portillo de la Luz with his compositions, like Tú Mi Delirio (I’m Crazy About You) and Contigo en la Distancia (With You in the Distance). The night owls used to end up on the roof of the Hotel Saint John, in El Pico Blanco, where José Antonio Méndez, with his hoarse voice, interpreted La Gloria eres tú (You are Glorious) and Si me comprendieras (If you Understood Me).

This was before the bearded comandante arrived and ordered “so much partying” to stop. Still in the ’60s, in the Celeste bar, La Freddy, an old maid of elephantine proportions with the voice of a mezzo soprano, shook up Havana. Years later, she would serve as an inspiration for Guillermo Cabrera’s writing. She sang boleros.

In this Havana of bread with beefsteak at 15 cents and Polar beer at 20 cents a bottle, Bola de Nieve sparkled with authenticity.

Now, at the entrance of Monseigneur – inaugurated in 1953, with specialties like filet mignon and butterflied lobster – it’s common to see foreigners taking photos of the mythical spot. Or going out with sculptural mulatas, who don’t even know who Bola de Nieve was. They enjoy the same thing as most young Cubans today: rap and reguetón, with their repetitive, vulgar, or violent lyrics.

I was born in 1965, and I didn’t have the pleasure of enjoying those musical talents live. Much less a Havana often visited by famous people of the stature of Nat King Cole, Frank Sinatra, Lola Flores, Jorge Negrete and Libertad Lamarque.

Bola de Nieve is one of the essentials of Cuban music. Every time I pass the corner of 21st and O, facing the Hotel Nacional, where Monseigneur used to be, I can’t help imagining him, with his black suit and his big teeth, and his way of singing Drume Negrita, No puedo ser feliz, La flor de la canela, La vie en rose, or El manicero (Black Drum, I Can’t be Happy, Cinammon Flower, Life in Rose, or the Peanut Vendor).