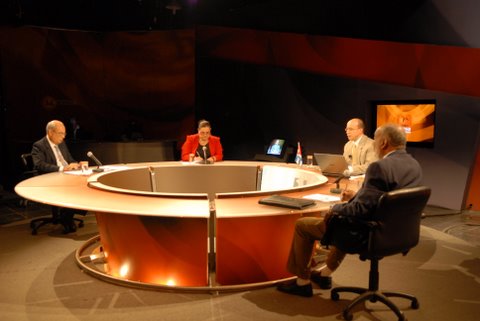 Some old strategists of the partisan information in Cuba feel nostalgia when they evoke the first thirty years of the Revolution. No one doubts that in this period a majority supported the olive-green government of Fidel Castro.

Not Later. Certain things changed. The logical wear and tear of power. The proverbial economic inefficiency. The emergence of a peaceful opposition, of dispersed theories and tendencies, who for the most part, at some stage in their adult lives, supported the regime.

In addition, in the mid-’90s, the new information technologies. Earlier, in the 1960s, there were hard-line opponents, who confronted Castro through violence. The only commander who destroyed the tyrannical Fulgencio Batista by means of guerrilla warfare.

It was the time of the Cold War and a world divided in two. Castro had an iron tight control over the propaganda media, which he used effectively, and exercised almost total control over the flow of information. He ruled without major setbacks.

It was a period in which to listen to a foreign radio station, be a pen pal with somebody from another country, to read Occidental writers, critical of socialism, or forbidden authors in USSR or their Eastern Europe satellites, could cost you prison. We should not forget.

With the stale pretext, the same in use today — being under siege by “Yankee imperialism” — it cut short the diatribe and the debate. Any comment against the official discourse, and a wave of intrigue or suspicion would fall over that person

Fidel Castro was the most to blame for the Cuban Revolution losing its originality and aspirations of equality, democracy and justice. It is his fault that many people stopped believing in the future of his project. He bet on the dogma of the Soviet totalitarian socialism.

And when, on a June evening in 1961, frowning, he placed a 45 caliber pistol on a table, before the shocked eyes of a selected group of intellectuals, and screaming he proclaimed: “Within the revolution everything, outside the revolution nothing,” what he accomplished was to exile the creativity and the respect for differences.

Just on that day, in the National Library, the free exchange of political ideas was closed down. Almost 50 years has gone by since Castro’s words to the intellectuals. And nothing has changed. In different stages of the revolution, the official press, teased by the power, launched timid campaigns of criticism about the economy and some methods adopted by certain leaders.

However, they have been minor reproaches. The complaints of the press only go as far as to condemn the services, such as public transportation, and perhaps measures of the Party. In general it is criticism without mentioning names. They are more lethal when it is about the informal economy or the self employed.

Every time Cuba is condemned by an International organization, because of its harmful politics about Human Rights, by a country or the foreign media, pandemonium is unleashed.

In this spring of 2010, the insult and disqualifying campaigns turn each day more virulent. It just happens that we are in a century where the new technologies, like the Internet, Facebook, Twitter or mobile phones, quickly surpass the capacity of the media within the regime’s span of control, the so called “patio.”

In spite the thick lock that the Cuban government has put on the Internet, cable channels, or daily International newspapers, the people of Cuba are better informed than 30 years ago.

Hundreds of thousands of people are illegally connected to television through cable or Internet. A considerable number have mobile phones. In addition, some use the Internet services in their place of employment to check the information offered by the government.

The Castro brothers are very upset with the “Global Informative Monopolies.” Especially with Pedro J. Ramirez, Director of El Mundo, and the Prisa group, both in Spain and directed by Jesús Polanco.

Daily Spanish Newspapers like El Mundo and El País, are read by at least 5 per cent of the local population, but the articles published about the state of the things in the Island are spread with a speed that will awaken the envy of Usaín Bolt.

Because now the majority of the citizenship absolutely does not believe the propaganda of the government, in fact they do not trust the government. The Castros know this and they are involved in a media offensive of insults to all that dare to criticize them.

However, all the official information media have a weak spot, they lack autonomy and creativity. They are amanuenses who are waiting for orders from the Department of Ideological Orientation (DOR). In addition, the reporters who work for the State know very well the cost of stepping over the line drawn by the Communist Party.

They are always held in check. The independent journalists and the opposition, in 1995, used the Internet as a principal means of communication. After 2005, the bloggers joined with strength, at the edge of State control. It is true that they are read more out of Cuba, but is a start.

As long as the government does not understand that the best avenue to the solution of the problem in Cuba is to open a dialogue with the peaceful opposition, there will be no meeting of the minds.

With monologues, insults, condemnations of the world media or brainless campaigns against Twitter and Facebook, which are social networks and not generated by the CIA as it is assumed by some people within the government of the Island, the crumbling of the Country will continue long term and in slow motion.

Neither Pedro J. Ramirez nor the Prisa group are not the principal enemies of the Castros. It is the apathy of our own leaders and their fear of confronting political and economic changes. The rest is fireworks. Propaganda for local consumption, pure and simple.