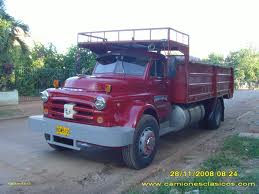 The citizen Francisco Navarro Acuna, retired, self-employed under the current labor legislation, provides cargo services through his son Florencio and grandson Aliester in the 1951 Ford truck, license plate MDN 511 and operating license No. No-0147-04 established by ONAT, the national tax office, for these cases.

Florencio was hired in January 2011 by supposed citrus-growing farmers in Jagüey Grande and for them carried a bag full of oranges to Havana destined for the “supply and demand” market. The police inspected the truck at a roadblock and accused the owners of collecting the fruits in the citrus plantations of the Cuban state.

The hearing of the trial court held in the Jagüey Grande on August 29 sanctioned Florencio to the seizure of the truck owned by his father, plus two thousand dollars in fines. A punishment ratified by the Jovellanos court on October 5 when the trial took place on the appeal.

This sanction is motivated not by the offense committed by the farmers which Florencio has nothing to do with (the real fault is that Florencio is a cousin of former prisoner of conscience Felix Navarro) because he only drove the truck and does not have to act as the police himself when he is hired to make a trip. The contractor never investigates what he carries.

In short: Florencio approved the trip without knowing the illicit origin of the product. His father Francisco and his son Aliester knew nothing about it and now all three suffer the arbitrary punishment.