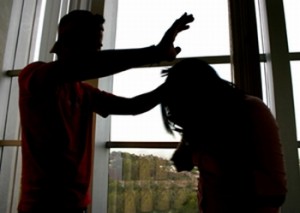 HAVANA, Cuba, August 1, 2013, www.cubanet.org.- The members of the Committee on the Elimination of Discrimination against Women (CEDAW) bluntly expressed their concern “with the persistence of violence against women, including domestic violence in Cuba,” says a report published last July 25 on its official web page.

They said that the phenomenon remains underreported, “due to the prevalence of discriminatory socio-cultural norms and denial by the Cuban State of the existence of different types of violence.” Later in their report, they stated that Cuba does not recognize the exploitation of prostitution. This particular issue, was fully addressed in an article from the Spanish newspaper ABC published last Tuesday.

The critiques were reported following an examination of Cuba by the Committee, in a version edited and published not only in English.

The Committee was concerned by the lack of knowledge about the human rights of women in the national population and proposed firmly establishing a legal culture based on non-discrimination and equality of women.

CEDAW noted that although Cuban law prohibits discrimination based on gender and stipulates that all citizens have equal rights, they remain worried that Cuba “has failed to include in its legislation a definition of discrimination against women” nor is there a law specifically against domestic violence. 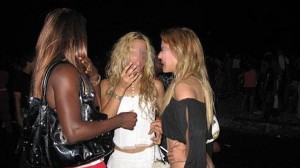 One of their suggestions was to ensure effective access to justice, including the provision of free legal aid programs and protection for victims of violence. They also recommended that the Cuban establish an effective and independent mechanism of monitoring for women detainees, which they can access without fear of reprisals.

Thus, they considered it important that Cuba provide mandatory training for prosecuting judges, police, doctors, journalists and teachers to ensure a raise in awareness of all forms of violence against women and girls.

The CEDAW Committee drew attention to the lack of a complaints mechanism for reporting cases of discrimination and violation of the human rights of women and the absence of a national human rights institution.

Although the report referred to the Federation of Cuban Women and the Houses of Orientation to the Woman and Family receiving complaints, the numbers of complaints received were limited and outdated. Actually, not all Cuban women identify these spaces as a possible solution to their problems and in some cases they simply transfer the case to another government institution.

With respect to non-governmental organizations (NGOs), the Committee noted that not all organizations could participate fully in the process. They urged the State to improve cooperation with NGOs.

In this last review only three aspects received positive mentions. Among them, the adoption of laws such as social security, the ratification of some international standards such as the Protocol to Prevent, Suppress and Punish Trafficking in Persons, Especially Women and Children, and the high representation of women in the National Assembly.

The number of recommendations and key concerns were almost double those from the previous periodic review. However, in a press conference given by the Cuban Minister of Justice, Ms. Maria Esther Reus González, to the media NOTIMEX and Prensa Latina, describing the CEDAW committee’s presentation as useful to Cuba.

Ms. Reus González said that this exercise “has allowed us to showcase the achievements and empowerment that Cuban women have achieved, while it has served to hear the suggestions, views and opinions of experts and the Committee experts, who will always assist in the improvement of the economic model and legislation that is developing in our country.”

After a thorough reading of the CEDAW report one understands their deep sense of concern about the situation of the island. On the other hand, the denial of some of the problems by the official Cuban delegation does not allow relieving the context of women.

According to the Committee, Cuba will have to inform in writing, within two years, the steps taken to implement the recommendations and they invited the State to submit to the next examination to be held in July 2017.