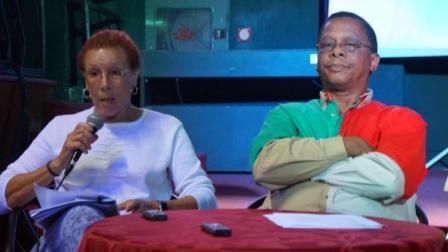 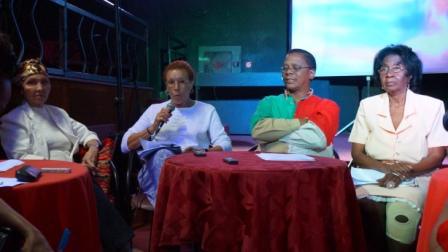 Havana, February 5, 2013. The renowned dancer Marta Bercy in a press conference in the Habaneciendo salon at the House of Music in Central Havana, told the national press and guests everything about what is happening in the twentieth edition of Workuba.

The American Theatre will host once again from February 9 to 17, the 20th international workshop of modern dance and Afro-Latin dances. Bercy, on describing the event that will be held for the fourth time in the Cuban capital, predicts they will be intense days.

The first Workuba held in Havana, as expressed by the general director of the event in a note, took place from February 20-27, 2010, its fourteenth year.

Participating in this edition will be dancers from countries like Venezuela, Costa Rica, Colombia, Mexico, Cubans and Argentinos. Workuba will treat its special guests to a performance of the Musical Theater Group “The Grasshopper” starting Argentine kids, on February 16 at 5:00 pm. The performance of these kids will be a time when the audience can see a show that combines theater with music.

Next. on Sunday 17 at 5:00 pm the event will have its closing ceremonies. At this ceremony the show “A Tenement in Havana” will premier, a work that recreates the story of a group of Argentines who decided to stay in the capital in the ’90s, seduced by the infectious Cuban music scene. They decide to move to a tenement to reduce the costs of their stay in the capital city. In this tenement a number of notable events take place between mates, drinks and dancing jerengue, joined by Cubans.

A Tenement in Havana will be performend, according to Marta Bercy, by dancers and participants in the Workuba Ballet of the America Theatre, “The Grasshopper” and guest musicians.

Staff participating will be the Cuban teachers Héctor Figueredo, Julia Fernandez, Yoerlis Brunet, Laura Estrems and Marta Bercy as director. In the list of choreographers who will participate are domestic and foreign.

This event starts February 9 with Cuban dancers, foreigners and people interested to be part of this important event, having enrolled during the hours established for participants. Payment for interested Cubans will cost of 15.00 CUC or its equivalent in local currency which is 360.00 pesos, a price Marta Bercy, the director general of the event, considers affordable for nationals. Considering the quality of each one of its activities.

Already scheduled to arrive in Havana are the first foreign participants.