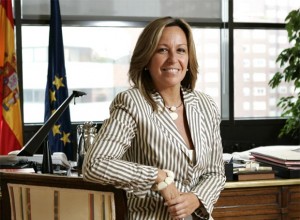 It remains to be seen if, in the latest shuffling of the executive furniture by Spanish president José Luís Rodríguez Zapatero, the new Foreign Minister, Trinidad Jiménez (Málaga, 1962), will continue the policies set by the PSOE (Spanish Socialist Party) since 1982, or try something else.

The cardinal sin of the Spanish politicians, as I see it, is to go from the sublime to the ridiculous. From double white to double nine. There are no nuances. The PP is committed to the style of the American west: point the six-shooters at the Castro and growl all the time like an angry neighbor.

The PSOE is blinded by the idea that they are going to court the brothers and turning their backs on the opposition will return better results. From Felipe González, the only thing the Spanish socialist have done that has worked out is the release of the political prisoners. That’s all. But it’s not enough.

In his long period of governing — and no doubt with the best of intentions — González has tried to act as a politician, a friend, and a psychologist to the single comandante. He’s tied to Fidel. And is almost always deceived.

When, in the wee hours of the Havana nights, with their Cohiba cigars and sugar cane rum, Felipe talked to him of openings, reforms, and not adopting Numantian positions, while Castro listened slyly. Then he would take as his motto, that the Cuban Revolution would be the Numancia of the Caribbean.

In the first flight from Iberia, the lawyer from Seville sent him Carlos Solchaga, to counsel the rustic island advisers in the capitalist economy. Castro took note. And Solchanga’s pile of suggestions he applied to what gave him political oxygen and did not endanger his authoritarian power.

Then the Spanish executive sent the uncharismatic José María Aznar. Hardworking and serious, he cleaned up the public finances but he fell under the pretension that the fractious Cuban president would make political and economic changes. During his two terms he used critical discourse and a diplomatic offensive offering no sweeteners to the regime in Havana.

These methods were insufficient to pressure Castro. And then something worse happened. At this stage the dialog with Spain broke off. I heard from a well-informed source, that the government had a grudge against Aznar, which became a pact among the Creole leaders not to make any gestures toward the future presidents of the PP.

Neither with dialog nor with pressure. Nor by screaming about what you think of the Castros to their face, have the Spanish politicians have their desire, to set Cuba on the democratic path.

Dealing with autocrats is not easy. Many Spanish politicians have proposed a change to the status quo on the island. For historic reasons and because, in Spain, Cuba is a topic of local interest.

Now it’s the turn of Trinidad Jimenez, the fifth foreign minister of the socialist government, since Fernando Moran in the ’80s. Her predecessor, Miguel Ángel Moratinos, scored a major political goal in negotiating the release of the majority of the political prisoners, but like a sacrifice play, it didn’t do anything for the Cuban dissidence.

We’ll see what pieces Jimenez is capable of moving. A woman who got away with it. Already she has the dream portfolio. Now she will try to succeed in her work. The Cuban issue could be one. Perhaps the jackpot. But I doubt it.