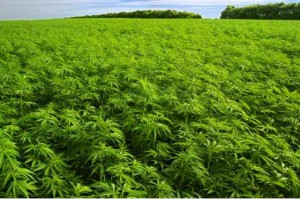 While the international press spreads the case of the American contractor Alan Gross, held prisoner on the island for supposed espionage, and lodged a year ago in a special room of a Havana military hospital, another US citizen survives in a wheelchair in the Combinado del Este prison in Havana. He is Chris Walter Johnson, he was taken prisoner at the Rancho Boyeros airport in August 2009 and tried on this past 26th of December 2010.

Chris Walter Johnson wasn’t contracted by any US agency nor was he in contact with the Jewish island residents who today deny knowing Alan Gross. A decade ago, he came as a tourist and enjoyed the sunshine, the girls, and the other kindnesses of the tropics, including marijuana, which he consumed from adolescence in Los Angeles, California, one of the states of the American Union where you can acquire it by medical prescription and the authorities are betting on its legalization.

The citizen Chris Walter Johnson, 58-years-old, is a ship captain and owner of a small fishing business. In ten years he traveled twice to Cuba, where he cultivated friendships, had girlfriends, and a daughter.

Chris’s disgrace began in July 2009, on meeting a Cuban married to a Mexican woman, who proposed that they go to Cancún to buy clothes. Besides clothing, they acquired a kilogram of marijuana, brought in by Chris in a jelly jar and in a bag placed in his underwear. On returning, the Yankee sailor made things more complicated by offering the Customs officials who detected the drugs at the Havana airport two thousand dollars. Instead of returning to the hotel, he was lodged in La Condesa, a prison for foreigners, accused of drug trafficking and attempted bribery.

The accelerated deterioration of his health motivated Chris’s transfer to the hospital for inmates located in the jail at Combinado del Este. There he waits in a wheelchair, among sick murderers, the pains of an old diving accident, depression, and hope.

An MRI detected that Chris suffers a tumor lesion in his medullar canal, which requires surgical intervention. He suffers, besides, from degenerative disk disease, positional vertigo which prevents him from standing up, and osteoporosis. The medical commission which examined him believes that, because of these problems, Chris Walter Johnson is not compatible with the regimen of imprisonment. His clinical chart was analyzed in the trial which took place this past December 27th.

After a year and four months of being locked up, the case of Chris Walter Johnson was adjudicated and awaited sentencing. The prosecutor asked for 20 years imprisonment, but for his deplorable state of health it is possible that in short order his furlough or expulsion from national territory could be ordered, but between Cuba and the United States there is no agreement that regulates extradition. 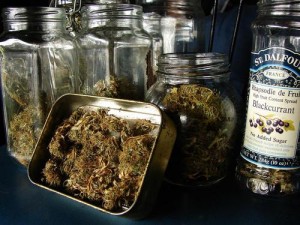 Perhaps Chris may not be one of those thousands of patients who invent reasons to obtain prescriptions for marijuana in California, one of the 13 states in the American Union which is betting on the legalization of this recreational drug, which produces a state of relaxation and serves to treat glaucoma, diabetes, depression, multiple sclerosis, and chemotherapy side-effects among other things; but at the same time it is contraindicated for diverse conditions such as headache, chronic bronchitis, etc., which also produce lesions in memory. God willing you recuperate outside Combinado del Este. Happy 2011, Mister Chris.