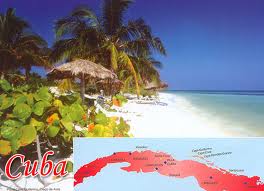 Tourism in Cuba is an organism that because of its importance carries great economic weight in the country. What is going on with Cuban tourism? How is it there are no creators in the Cuban architecture, this being an educational powerhouse?

We don’t see architectural projects relevant to the view, that serve as tourist attractions. They only come on all-expense paid packages, meaning the tourists don’t spend much money in the country and such a gift is unfavorable to the Cuban economy.

There is a small growth in visits to Cuba, but no related growth in the economy.

The directors in charge of the tourism agency offer a figure of two million annual tourist visits as if it were an accomplishment. This figure compared to the Cuban population of “11 million inhabitants” is equivalent to 18%, not even a quarter of the population on the Caribbean island.

When the government allowed Cuban citizens  to enjoy the tourist facilities, the economy of this sector grew in proportion. We Cubans are contributing more than half of what the tourists bring to the Cuban economy. Such a situation affects the country, but many who visit tourist recreation facilities have relatives abroad who send them money, making the Cuban a target in the island’s economic growth.

If Cubans didn’t have family abroad, would the government open the doors of the hotels, the cell phones…”

It’s a question that makes my head spin, if tourism isn’t given to the tourist they don’t come and many of those who come don’t return so Cuban tourism becomes a tourism with no return.