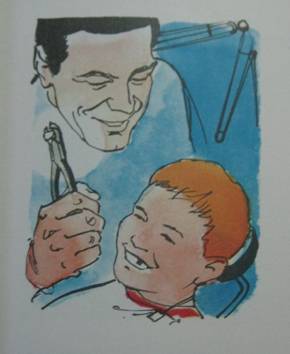 In the popular slang of my planet “to give tooth” is a term used for those people who like to talk, talk, talk more than they like to be heard, or to listen.

I was watching television for few hours late yesterday, something I am not accustomed to doing, and became hooked on a program called De Tarde en Casa (Afternoons at Home).

At the point I tuned in, the journalist José A. Rodríguez from the segment The Paper Speaks was reading a letter of complaint from a viewer and holding up a small pink plastic package that had contained some ground beef purchased in a government-run hard currency store (TRD). The packaging, now empty and clean, had a label at one corner that indicated that the product was to be consumed within one hundred twenty days. I did not hear the brand name since it seems it was stated at the beginning of the segment but not mentioned again.

As her angry letter indicated, the lady bought the product, intending to consume it immediately, but was unpleasantly surprised when she opened it and noticed a rotten stench emanating from within. But that is not all; it gets worse. Inside the packaging she found a human tooth in the form of a molar. This was mentioned only in passing, without much emphasis.

Why are we constantly being told about instances of meat gone bad? As the store clerks tell us themselves,this is caused quite simply because they are required to save electricity, and turn off refrigerators at night and in the early morning so as not to use more than their designated allotment and avoid having their electricity cut off.

But the tooth? Where did it come from? How did it find its way into a package of ground beef? If it were part of a hoof or a cow’s tooth, that would be more logical, though still not acceptable.

And so we carry on as usual, pointing out mistakes, attacking effects with addressing causes. Unfortunately, we have become all too accustomed to them “giving us tooth,” though in this case it was quite literally done through a package of ground beef. If this isn’t “giving tooth,” then I don’t know what is.