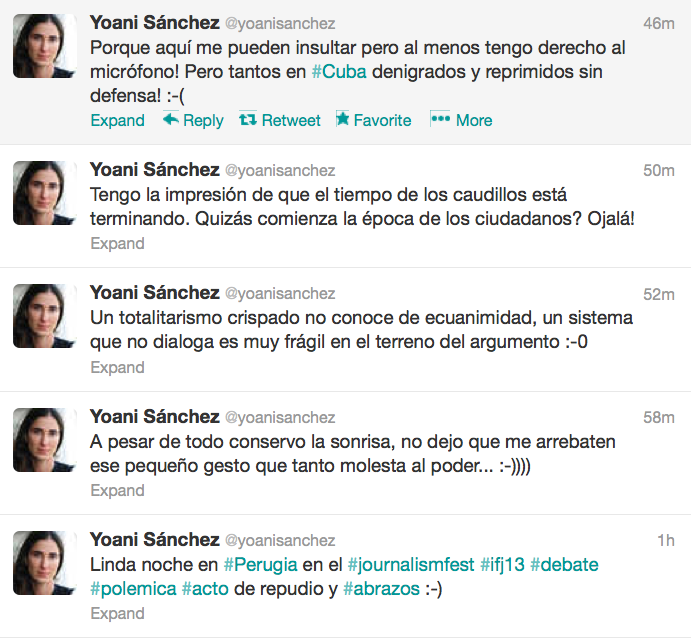 A beautiful night in Perugia at the #journalismfest, debate, argument, act of repudiation and hugs.

Despite everything I keep smiling, I won’t let them grab from me this small gesture that so annoys the powers-that-be.

A tense totalitarianism knows nothing of equanimity, a system that doesn’t dialog is very fragile in the arena of debate.

I have the impression that the time of the caudillos is ending. Perhaps the era of the citizens is beginning. Hopefully!

Because here they can insult me but at least I have the right to the microphone. In Cuba so many are denigrated and repressed and they are defenseless.