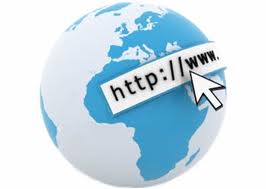 The news was published on November 30 on page 4 of the newspaper Granma, in “hilodirecto” and I’m happy for those who will benefit. The Union of South American Nations (UNASUR) recognizes the benefits and reach of new technologies and puts them at the service of their peoples. The interconnection of the entire region through the Internet, is seen with the construction of a “regional ring” of fiber optics to extend the service, increase bandwidth and lower prices for connectivity to the mega-web.

And Cubans of the archipelago? Through their spokespeople, Cuban officials say they are in favor of new technologies, but only if they conform to their interests and their excessive and enslaving control. Until January 2011, the leaders and spokesmen of the government, claiming that the U.S. blockade against Cuba forced them to access the Internet only through satellite connections, to which they added servers to provide connectivity — usually to foreigners living in Cuba and to a minority of those chosen by the government — which ostensibly slow connectivity and made it impossible for them to extend it to the whole society.

But since February this year, with the advent of cable from Venezuela, hopes are envisioned for the Cubans and enthusiasm was evident in the mass media, in many people who appeared on our national television and also emphasized by the 2011 Computer Fair and the Cuban personnel participating in this event. Many “believers” in patient waiting confided that “the noble state,” despite the U.S. embargo against our country, would look for an alternative to defend the right to information of Cuban society.

Another note on the same day — November 30 — from the Moscow agency “RIA Novosti,” reports that Cuba plans to buy a whole chain of production of ammunition for Kalashnikov assault rifles, which will go to the “Comandante Che Guevara Military Industrial Company, though no information was provided on the cost of machinery.

A few months ago, we learned from the international press that the Cuban government had bought the telephone company, ETECSA, and the amount of investment ranged between 300 and 500 million dollars. That purchase information caught our attention, because the authorities had been withholding, for several years, the capital from foreign investors “for lack of liquidity”, as pointed out. Where, then, did these millions come from for this business? Was it another financing from the Bolivarian [Venezuela] country-pocket?

A news dispatch from December 1 publicly exposes it, one more time, the leaders of the Cuban government. “The Pilots” gave the task of telling us to the Foreign Minister Bruno Rodríguez — not the responsible minister of Informatics and Telecommunications — as a recurring strategy to introduce a statement to society “with Vaseline” and expect the same reaction.

Speaking at the workshop “Alternative media and social networks”, held with participants from 12 countries on November 29 in the Conference Center, he asked for “new political strategies” to organize an “active cyberdefense” on the web and expressed his concerns about “the risks” associated with the internet.

Months ago, the manipulative government gurus had launched a campaign on what they call “a cyberwar against Cuba,”and presented audiovisuals and continuous mentions in the press written about the “hostility of the media” toward Cuba — you have to remember that for 53 years only they are patriots and Cubans — while showing fear of social networks and the origins of the protests that were starting to arise in some countries.

Once again, the interests of the old ruling class called on “the game of war.” But they have been in power so many years repeating the same strategies that they fool almost no one. Any hint of freedom for the population, makes censorship under the guise of the enemy convenient for them. How many millions of pages are hosted on the internet? Do they all talk about Cuba? It’s ridiculous to say they’re biased — in favor of an inalienable right.

The government can’t mask the malignant scourge of censorship. I don’t believe in the official message that Cuba “is not in the condition” to finance “access for all Cubans” to the internet: the truth is they don’t have the political will to do so.

Still, I am struck by the statement of the Foreign Minister that “the media played a lethal role in Libya.” Is he comparing the Cuban government with the ousting of Gaddafi?

In the coming month of February we will blow out a candle in silence for the first year of the arrival of the fiber optic cable to Cuba, which should have brought internet access to all Cubans. It will be a commemoration, not a celebration, because in the matter of connectivity, just like in our freedoms and fundamental rights, we remain the shameful exception in our hemisphere.