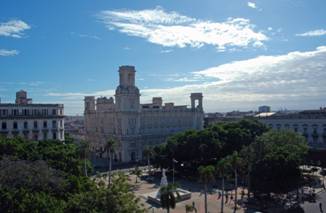 Muammar al-Gaddafi is dead, executed by his captors, or assassinated, depending on the political or human viewpoint from which it is observed. An old refrain says he who kills by iron dies by iron. I do not defend violence and I am against its use. I place myself inside the skin of his opponents, persecuted, hounded and assassinated during forty-two years of this individual wielding absolute power, and I try to understand them. It is not easy to refrain from evening the score, specially if the opportunity presents itself in the moment. Perhaps those were the intentions of those who captured him in Sirte, as he tried to flee, and they decided to liquidate him without a lengthy judicial process. It is not the best option, it is not accepted by the international community, but in battlefields these events often happen, even if they are not brought to our attention by the media: it all depends who the victim was.

These last few months of pain, destruction and death could have been avoided, if al-Gaddafi had given up his grip on power, and had facilitated a transition towards democracy, something that the Libyan society clamored for and needed, after too many years without freedoms and submission to the will of one man. It was not to be, and this arrogance unleashed an escalation of violence that, we all knew, was going to end like this. His sons and his followers fanatically seconded him and prolonged unnecessarily the sacrifice. In Tunis and in Egypt the resolutions were more civilized and intelligent. The violent death of al-Gaddafi leaves us with an important lesson: the way to dialog, respecting different opinions and tolerance, is the only way to avoid bloody confrontation, the real scourge, and one that should never be undertaken.