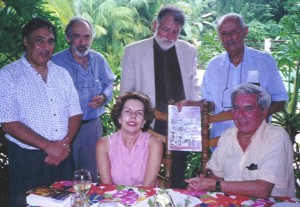 In October, when the Swedish Academy awarded the Nobel Prize in Literature to the Peruvian writer Mario Vargas Llosa, author of The City and the Dogs, Conversation in the Cathedral and The Feast of the Goat, the Cuban press downplayed the contributions of the great novelist and wasted ink on slander, due to the author’s criticism of Castro, whose spokesmen break their spears over anyone who demystifies our dictatorship.

Long ago, however, the American reporter Joseph Pulitzer suggested that “real journalism never takes sides, no matter what happens,” advice rejected in Cuba and elsewhere on the planet. On this Caribbean island bias is still the norm and censorship the law, because the media are in government hands and are based on ideological simplifications, which idealize allies and demonize enemies.

For Pulitzer, “A free press must always advocate for progress and reform. Never tolerate injustice or corruption. Fight demagogues of all stripes. Belong to no party. Oppose privileges and public pillage. Offer its sympathy to the poor and always remain devoted to the good.”

He noted further that the media has to be ethical and professional and provide two sides of every coin, that is, the version of each warring party, always equally displayed. “If not, then it isn’t journalism: It’s just trash, and the worst kind, that is the typical garbage that sells itself to any political or economic interest distinct from the real truth of things.” 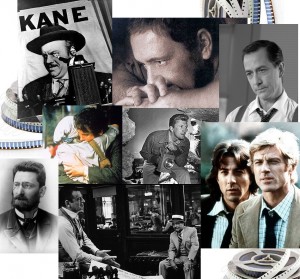 In Cuba we are far from applying those definitions, although we know that in other latitudes Pulitzer’s advice is included in the codes of ethics of newspapers, magazines, digital media and radio and television stations. Set-ups and half-truths are expensive because the media are based on news sources, but to reverse the pyramid and expose the voices of people without an agenda, elucidates the problems and oxygenates the atmosphere.

There is very little credibility in the press. By design it is a part of the ideological department of a single party and of ministerial interests, so that its perception does not approximate reality, as it excludes its images, including art, literature and socio-historical notions of the country.

When Pedro de la Hoz, Granma’s cultural writer, lashed out against Mario Vargas Llosa, he accomplished nothing more than to demonstrate the impunity and self-censorship of those who serve a regime that loathes ethics and truth and opposes any critical appreciation, even in the case of a writer recognized with awards such as the Prince of Asturias Prize in Letters (1986), the Cervantes Prize (1994) and the Nobel Prize for Literature in 2010.