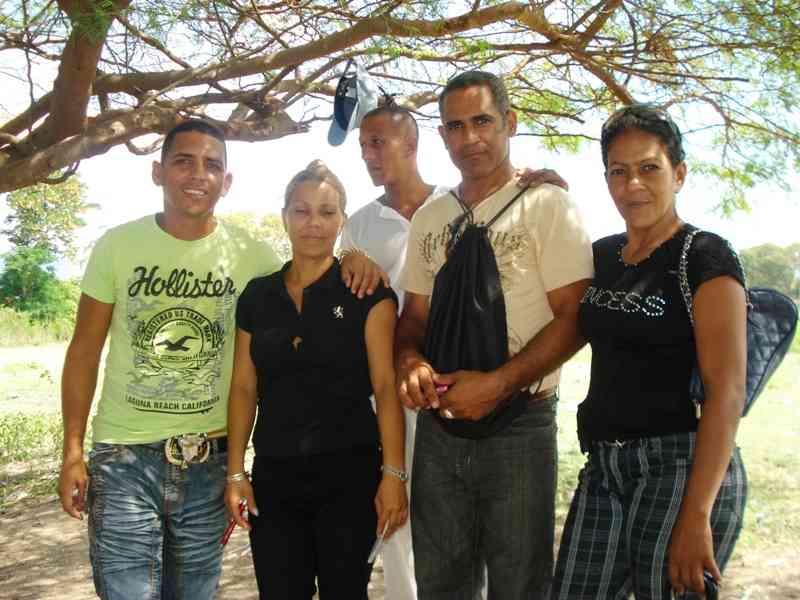 Sometimes I lose interest in denouncing the violations committed by the Castro regime because they are repeated time and time again.  It wears me out and it wears my readers out, too.

Once again there are house arrests without any official notification because such a legal argument does not exist in the constitution. How does the G2, that repressive sector of the Cuban Communist Party, justify detaining peaceful opposition activists in their own homes every time there is a commemoration service?

This time, they were paying homage to the 16th anniversary of the March 13th* Tugboat Massacre, and numerous members of the Eastern Democratic Alliance (ADO) wanted to pay tribute to those who lost their lives in the sinking of the ship.  Others wished to visit the home of the mother of the Cuban martyr Orlando Zapata Tamayo, so they could all go together to pray before the grave of their fallen brother.  In Banes, Antilla, San German, and Holguin, social workers, veterans of the Cuban wars in Africa, and G2 officers all stationed themselves at the corners of the neighborhoods and homes of dissidents and independent journalists to prevent them from making it to the sites of the pilgrimage and homage.

The last few weeks have been explosive.  Mariblanca Aguila, a slender human rights activist who supports Reina Luisa Tamayo, was beaten on two occasions by three political police officers in Banes.  After the first incident she wound up in the hospital.  The second time, they handcuffed her and kidnapped her, threw her into a car, drove her far from any public places, and even humiliated her.  The shocked woman said that one of her kidnappers, who was dark, tall, and heavy, actually kissed her and said dirty things in her ear while he tightened the handcuffs on her until they left marks on her wrists.  She still has sudden frights while she sleeps and says that she does not know how to free herself from such nightmares where an image of that man comes close to her to force kisses on her.

As for Idalmis Nunez Reynosa, the beating given to her by political police officers in Placetas was so severe that she actually had to be checked into the intensive care unit of that neighborhood.  She tells us that when she was transferred to the observation room so she could rest and recuperate in her delicate state, the G2 actually disregarded the doctors who said she must rest and took her out of the hospital by force and put her back in a police car headed towards Santiago de Cuba.  Idalmis continues telling us that in her own native town, they denied her access to her medical certificates and just hours after she arrived at her own home they once again detained her to raid her house.

Also on that day, Jose Cano Fuentes, a resident of Guantanamo and active member of the Eastern Democratic Alliance, went out to try to find out about the state of Idalmis’ health, but once he was heading back to his house he was actually detained near the bus terminal of Santiago de Cuba.  He was also beaten, this time it was carried out by the chief of the sector of the Calle Cuatro neighborhood.  He tells us that later he was taken to Guantanamo and they released him, only to once again detain him an hour later, and without any preface, to once again carry out another beating.  From this last one he still has scars and wounds on his body.

They seem like isolated cases, but they are the result of “Letters of Marque” — official permission to attack at will — received by the Cuban military counter-intelligence section in Oriente, while Cuba pretends to be releasing dissidents, and the world just laughs at the supposed acts of goodwill and the gullible await changes in Cuban society.