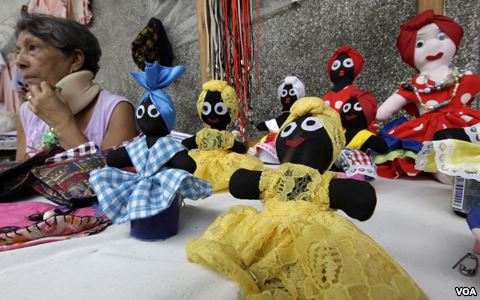 It is extremely worrying that our island is one of the countries with the oldest populations on the planet. The particular Cuban phenomenon is due to reasons too well-known, emigration increased while the birth rate and population growth decreased.

As what is critical rarely leaves time for what is important, it is not difficult to understand that irresponsible policies or at least misguided ones, increased pension costs and led to the unstoppable increase in the Cuban fiscal deficit.

Many will say that it is desirable to change the social system, but in my opinion it depends on the popular decision. The fact is that the population is aging, and with regards to labor issues, in Cuba the concept of the “third age” disappeared.

For the elderly, retiring is a goal; and it is a fiction that a young man of 20 — which describes so many of those who are now unemployed — can find work for the time needed to meet the requirements to retire. The young would have to work more than their entire lives to collect a pension. Of course, the orphans and disabled are — full stop — even worse off.

The aging of the population exhausted the limited financial sustainability of the pension system; its base is completely insufficient to cover the age span of a retiree.

Therefore, it is more than necessary, it is imperative to reform this system, increase revenue, expand coverage and ensure sustainability in the very near future.

We need to forget the past for a while and look towards a common horizon, abandoning this ridiculous antagonism brought by the struggle for power, and help the youth of today, so they don’t become the homeless of tomorrow.

In 2005 the Revolutionary government ordered an increase in payments, even passing new laws in this regard, but the continued devaluation of the Cuban peso has proportionally reduced the real value of the amount of money received by a pensioner. So today, they are receiving more, but it buys far less.

In the present circumstances, to offer certain status to the working population, the government would have to increase the contribution paid by workers and, in turn, increase the retirement age to 200 years. Egregious nonsense. The measures are still notoriously inadequate and misleading.

We know well that the country’s leadership began its so-called “update of the socialist model” to rid itself of a hindrance; eliminating state jobs and laying off staff without vocations, they had no choice to take refuge in the nascent private section which lacks any pension system. Office workers were turned into peasants; and bureaucrats into french fry sellers. But these workers, like every other Cuban, lack confidence in banks and continue in a limbo of abandonment.

I do not want to talk about the problem without offering my assessment; I think that, for the State workers, it would be effective to readjust the subsidy according to personal efficiency, not according to age; a kind of sustainable work that contributes, taking advantage of the individual and reassessing the self-worth of those likely to feel valued.

On the other hand, it’s urgent to modify the law governing foreign investment in a way that can provide attractive incentives such as tax exemptions for a determined period to foreign businesses that organize reliable retirement plans for those many workers who receive monthly income and which, for reasons of semantics, instead of being called entrepreneurs are called “self-employed.”