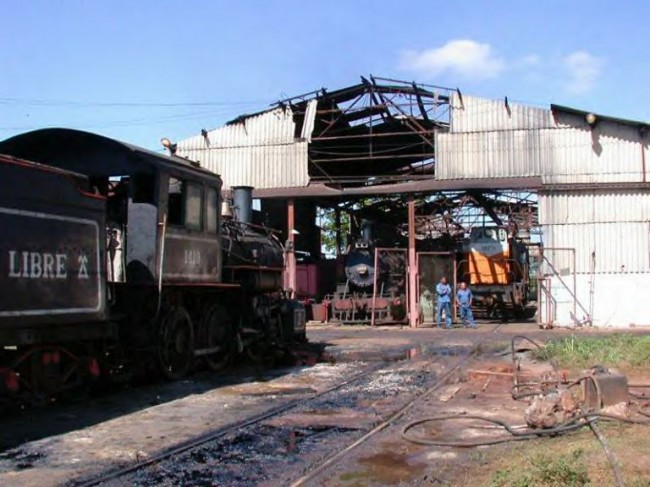 In the space of twenty years, Cuba ceased to be the world’s sugar factory and began to import the sweet grass and turn its main national industry into heaps of scrap metal in forgotten sugar refineries.

The great culprit for the shortage of sugar—and for the sugar tradition becoming an anecdote—is a man who now wears checked-shirts, writes reflections and gives talks to those who want to listen about the nuclear catastrophe now lurking over us.

His name is Fidel Castro Ruiz. And if the shut-off Cuban system insists in giving him its blessing for being the father of the great successes of the Revolution (education, sports, public health) then it should also blame him for its failures.

And they are many. And loud. The extinction of basically all of the sugar industry is a sample of the brutal inefficiency of the government in its role as administrator or the lands and wealth of the nation.

For over two centuries, sugar was king on the island. Sugarcane would get the best lands. From the time of the colony. During the eighteenth and nineteenth-centuries, local land-owning creoles bought hundreds of thousands black slaves brought over from Africa to undertake the rough job of cutting cane.

Elaborating sugar, honey and other derivatives—with high yield and productivity—was an indubitable merit of the local tycoons. It was the trade by excellence of a huge part of our population.

From 1926 to 1958, the sugar harvests were regulated by the State. There were production fees. In average, 5.5 million tons of sugar, per harvest, would be raised during short, four-month periods.

With the arrival of Castro into power, sugar continued to be the main industry. Harvests of up to 8 million ton were produced, but the quality, yield, cost and productivity became unsustainable. The disastrous campaign of the 10 Million in 1970 marked the start of the end of the Cuban sugar industry.

Although the government mechanized the cutting process, and modernized old refineries, large yields were never possible again. With the start of the “Special Period” and the fall of the USSR, gasoline disappeared and so did parts for all the Russian-made machinery.

In the twenty-first-century, producing sugar in Cuba is thorny. It is cheaper to buy it in the global markets. Today, many refineries have become museums of useless machinery, where people in the surrounding areas practice a ferocious, predatory act.

Visit any of these refineries and you will witness the “cannibalism” to which they have been subjected. Even the screws have vanished. Old towns are now dead and still in time. Only the older folks remain, their children gone to the cities.

The present neighbors of these countryside Cuban urban projects do whatever they can manage to find to make a living. They usually try to appease that sense of a lack of a future by hitting their fourth-grade rum bottles under the coconut trees or right under the scorching sun.

The Regime created a plan called “Álvaro Reinoso Task” to relocate the workers that were left jobless. But, like almost everything in the island, it still remains unfulfilled.

Most people have preferred to earn a few pesos selling plantains, guava bars, ice cones and white cheese on the National Highway. There are good days, but some of them are not. To them, sugar cane is only available in chunks. Three chunks.