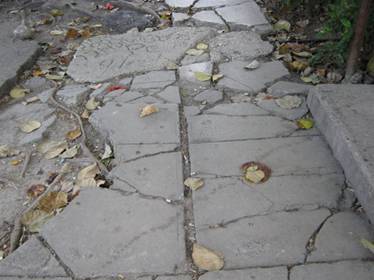 The concern Cuban authorities show for the protection of the global environment is striking. Declarations and denunciations fill the pages and airwaves of government’s media outlets, assuring participation in any UN event dedicated to this topic.

It is a shame that the same concern is not directed at solving the serious environmental problems in this country. The city of Havana has become a showcase for assorted ruins, decrepit streets and sidewalks, comatose buildings on the verge of collapse, widespread filth, effluent spewing from open sewer lines, watermain leaks, abandoned, sick and malnourished animals, rats and vermin, and mountains of unsanitary conditions. The same situation is replicated in other cities and towns.

One could continue to blame the embargo, as is routinely done, for the lack of resources. But after fifty-six years of repeating the same line, it is now time to own up to the obvious inability to solve problems of one’s own making, problems which did not previously exist.

Neither Havana nor other cities and towns in Cuba used to be dirty, unsanitary, dilapidated, with decrepit streets and sidewalks and ruptured sewer lines. On the contrary, they served as examples for many countries of the world.

When mayors and councilmen, who in general used to be longtime residents of their districts, had some control over the fates of their municipalities as well as a significant portion of the funds they generated, such problems got resolved. If they did not, then these officials were voted out of office.

All subsequent governmental reorganizations — from the commissioners to the presidents of the municipal and provincial People’s Power administrations — have failed. This is simply because none of the people running these communities are natural leaders, but merely appointed officials without any ties to their constituencies.

The case of former Havana mayor Manuel Fernández Supervielle, who committed suicide because he was not able to resolve the problem of the city’s water supply, is unthinkable today.

Promises come and promises go. Officials also come and go, without anyone remembering them. But problems remain unresolved and over time grow worse. Responsibility is not demonstrated by working to commemorate some historically important date but by addressing the day-to-day concerns of every citizen. When this happens, we will truly begin moving forward instead of marching backwards into history, which seems to seems to be what has been happening in our country.