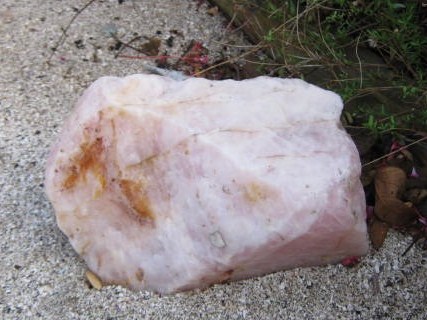 It’s Friday of Holy Week and all of us, after having breakfast, take our backpacks to spend the day in Tunquén and return Saturday afternoon. This beautiful area is in the fifth region of Chile, whose capital is Valparaiso. It also contains an impressive landscape, with a great deal of quartz and wood, with which they build and decorate the houses in this resort that is so popular today. It is located only about an hour and thirty minutes from Santiago by car.

We left early trying to avoid the traffic jam, but we got caught up in it anyway around the airport. The car was going slow and my niece, who does not like to be idle, was embroidering a tapestry, I was trying to take some pictures, but the fog and rain didn’t let me.

Halfway there we stopped for lunch in a place with typical Chilean food, Los Hornitos de Curacaví. There we tried rich corn cakes with a good Chilean wine. On arriving, it seemed strange that we were the only diners. Minutes later, as if by magic, this vast and beautiful restaurant was almost completely full.

We rejoin the motorway and the rain returned to accompany us like a faithful lover. I said nothing, but I was very scared on the entrance road to Tunquén full of sharp bends. I thought we might find ourselves on a clifftop when we arrived, but fortunately we did not.

Just as we got to the house it had stopped raining and the sun was trying to peek through the clouds. Bit by bit the weather improved. Finally the sun came out and we could take a good walk around. From there we could see the waves crashing furiously against the rocks on the beach. While taking a few pictures, I was picking up the odd rose quartz to bring back to my friends on my planet, as irrefutable proof that I had gone walking, as they say, stepping on rose quartz.