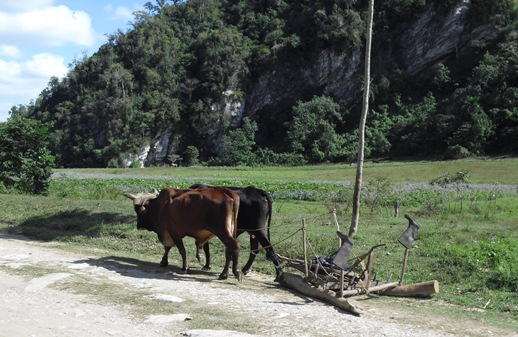 The frugal presence of a billboard on Miami’s 8th Street in defense of The Cuban Five shattered my optimism with respect to the tolerance level of the extremist groups in exile. But intolerance reigns on both sides of the Florida Straits. The presence of this billboard should have been the proof that freedom of expression must be respected by Tyrians and Trojans alike.

The shutdown by Google of a video space from Cubadebate (perhaps I’m not being exact) on the ever-popular YouTube and of a government journalist’s site have been, together with the Miami billboard, an opportunity for the Cuban media to discuss a subject they normally don’t talk about: the freedom of expression. The infractions of those harmed aren’t clear to me, and neither are the powers of Google to do what they do. I have a very negative understanding of the delivery of confidential information by this giant to the government of another giant, the Asiatic one; information that sent Chinese dissidents to jail who had spaces on Blogger.

No one should arm himself as an argument to be the owner of reason to censor another. I support the maintenance of the Miami billboard and that we should be able to put a billboard up in Havana supporting freedom for prisoners of conscience; I support that Aruca over there be able to maintain his radio space and support that there should be a similar space on Radio Progress in Havana; it seems excellent that Edmundo Garcia moves the night in Miami and Reinaldo Escobar can move it in Havana; that María Elvira Salazar can fence in her guests on Mega TV and that someone like Miriam Celaya can do the same on Cubavision; I support Van Van or La Charanga continuing to delight dancers in Miami Dade County Auditorium, and that Gloria Estéfan and Willy Chirino warm up Cuban stages.

The destruction of records by Vigilia Mambisa and the shouts of “Down with human rights!” in the presence of the Ladies in White are versions of the same theme; extremes that touch, so damaging to the necessary dialog that will come. Respecting freedom of expression will be a start.