HAVANA, Cuba, March, www.cubanet.org  – Luis Cino Alvarez –   A worthy poet who has known how to confront decades of ostracism, Rafael Alcides, wrote, “Regrets and hopes for a new jailed writer.”  After the letter by Alcides, email notes of support signed by various writers in favor of Santiesteban began to circulate.

It was then when the official counterattack was launched.  It was a ploy wrapped in political correctness: eight female writers and journalists signed an appeal against gender violence, in which the case of Santiesteban seems to be the epitome of masculine abuse against women, and the Cuban justice system is pristine, free of suspicion except in falling short by only giving five years of jail time.

It even appears to hear the screams from the women of the Cuban Writers and Artists Union (UNEAC) against the writer-machista**-abuser: To the wall! To the wall!

The document signed by Sandra Álvarez, Marilyn Bobes, Zaida Capote, Luisa Campuzano, Danae Diéguez, Lirian Gordillo, Helen Hernández and Laidi Fernández de Juan demonstrates solidarity with Santiesteban’s ex-wife; whose name — Kenia Rodriguez — curiously, is never been mentioned; and it calls “for the Cuban institutions and organizations to speak up about this case in particular and about the violence against women in our society.”

So, after so much effort to clarify that the judicial process that sent the writer to prison for a fight that occurred almost four years ago had no political motivation nor the intention to punish him for being a dissident, all those who have doubts will be marked as machista and misogynist.  Amen to being identified as prone to being manipulated by “the Counter-Revolution.” And you already know what that means at UNEAC!

Would the signers know of the frequent beatings, outrages and sexist insults that the Ladies in White and other dissidents receive from the hands of State Security and rapid response brigades at the frequent repudiation rallies?

They must know something about those repudiation rallies.  At least one of the signers, Laidi Fernandez de Juan, a few years ago in the Juventud Rebelde (Rebel Youth) newspaper, called these pogroms “repudiable.”

Would they know that only a few weeks ago, in Santa Clara, the dissident Iris Tamara Aguilera, head of the “Rosa Parks” Feminine Movement received forceful blows to her head when she was thrown to the sidewalk by a henchman and was mistreated at the hospital where they took her for being a “counterrevolutionary”?

Would they know about the case of Sonia Garro, another dissident who was jailed more than year ago, without trial, and who was arrested at her house in Marianao during a loud and violent police operation and was hurt by a rubber bullet in her leg?

Would they have taken all these facts into consideration when they drafted their petition and procured an email address to collect the signatures against gender abuse?

Would they be willing to fight against violence against all women in absolutely all instances?

If that is the case, independently from the Santiesteban situation, surely they will collect many more signatures.

The Always Disconcerting Writers of UNEAC 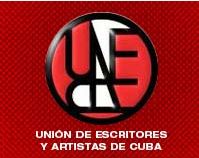 The writers of UNEAC can’t but disconcert me with their liberal poses when it comes to believe in the openings of the regime and the hoops they are willing to jump through so that they don’t jeopardize their awards, travels and publications.

With the imprisonment of Angel Santiesteban, under such doubtful circumstances, I was not expecting a protest from the writers at the UNEAC, not even from the more outspoken ones.  That would have been asking too much of them.  However, I did suppose that at least his friends, like Eduardo Heras Leon, who a few years ago boasted with pride that Santiesteban was one of “his boys” from the Onelio Jorge Cardoso Cardoso Narrative Workshop, and Laidi Fernandez de Juan, who considered him one of her most dear friends, even if they didn’t publicly protest, at least would feel sorry for him.

But, oh surprises, miracles and hocus-pocus from the official culture! Here is a letter from the poet Rafael Alcides  — one of the few dignified — and with notes of support in favor of Santiesteban; and then it was precisely Laidi Fernandez de Juan, one of the eight intellectuals who signed the letter against the violence of women in which the case of Santiesteban seems to be the epitome of masculine against women, and the Cuban judicial system is completely exonerated from wrong doing, with exception of falling short in its sentence of five years in jail.

In different time we would have heard chants of ”To the wall! To the wall!”

The document signed by Sandra Álvarez, Marilyn Bobes, Zaida Capote, Luisa Campuzano, Danae Diéguez, Lirian Gordillo, Helen Hernández and Laidi Fernández de Juan idemostrates solidarity with Santiesteban’s ex-wife and calls on “Cuban institutions and organizations to speak up about this case in particular and against the violence against women in our society.”

So, everyone who dares to doubt that this process was free of political motivations, or who thinks it was a vendetta to send this writer-abuser to jail, will be categorized as stubbornly machista and misogynist.

And me, silly me, who thought that at least with her daddy Roberto Fernández Retamar, the poet-commissary-president, with his Bolshevik cap of the Casa de las Americas, and in the privacy of their home, Laidi Fernandez would complain and regret that Santiesteban was in jail to see if daddy would cease to play the Caliban and sympathize, and make use of his influence “up there”!

Does he know Laidi Fernandez de Juan claims to be “as devoted to the Revolution as acid in her critiques” of the frequent beatings that the Ladies in White and other dissidents receive from the hands of State Security and the cheerleaders of the rapid response brigades in those also frequent repudiation rallies that she herself, on occasion, has called “repudiable”?

Do she and the rest of the signers of the petition know that only a week ago in Santa Clara, dissident Iris Tamara Aguilera received strong blows to her head when she was thrown to the sidewalk by a henchman of the Ministry of the Interior (MININT)?

Would they have taken all these facts into consideration when they drafted their petition and established an email address to collect signatures against the abuser?

Years ago, in an interview with Angel Santiesteban himself (in the magazine El Cuentero, No. 6, 2008), Laidi Fernandez de Juan said that she didn’t share the view that no friendship could exist among writers. “What happens is that sometimes we believe someone (being a writer or not) belongs in this circle of friends and then we discover that he is a miserable, repugnant son of a bitch; but this has nothing to do with literature,” she clarified.

Would this be what happened to Angel Santiesteban?  Nothing’s worse than the fear of having a connection with a dissident.

Santiesteban’s case is confusing and contradictory, to say the least.  Many consider that State Security used the four year old incident with his ex-wife — whose name is Kenia Rodriguez, in case that the authors of the manifest supporting her without mentioning her name didn’t know — as an excuse to punish Santiesteban for his affiliation with Estado de Sats.

If that’s the case, one can’t help but wonder: Why him? Is he one the biggest critics of all the bloggers? Are they trying to send a message to UNEAC? Was it really worth it for the regime, precisely now that they are trying to fake a certain opening, to pay the costly price of sending to jail a writer who, a few years ago, won the distinguished Casa de las Americas prize for the book entitled “Blessed are those who mourn”?

I have heard some intellectuals who wonder if State Security might not be creating a legend, with Angel Santiesteban as a “super dissident,” with this jail sentence?  “Here you don’t know who’s who,” they murmur.  And so, aside from being wise-asses, they justify their fears of getting into this mess and end up like machistas. And maybe they are right. You never know…

Translator’s notes:
*”Paredón” literally means “wall” and is shorthand for “to the wall” as in: “put him up against the wall and shoot him.”  Immediately after the Revolution it was the word shouted by the mobs at the show trials.
** Machista is related to the words macho and misogynist and is similar to the term “male chauvenist”