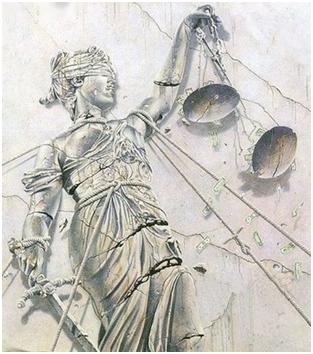 The establishment of an association in Cuba requires authorization from the Ministry of Justice. It lies in its discretion to allow or disallow a group of citizens to exercise its constitutional right of freedom of association. Its decision depends on an investigation of the legality and appropriateness.

The right of association is widely recognized as a basic individual civil right of utmost importance. Principally, because it provides protection against arbitrary state interference when people choose to associate with others. Furthermore it is an indispensable condition for the existence and functioning of a democratic society.

To protect these rights, the state is not only obligated not to interfere with their exercise, but, under certain circumstances, should take measures to encourage the effective exercise of this freedom. These rights could be restricted, but only under certain strict conditions, not at the discretion of government authorities.

The Cuban state not only grants discretionary power to the Ministry of Justice to authorize and register associations in accordance with the law. It also imposes relations of subordination and functional dependency upon authorized associations, thus unnecessarily restricting the freedom of action of Non Governmental Organizations (NGOs) within the Island.

A sine qua non for the constitution of an association is the adoption of rules stipulating its relation and functional dependence on a state organization. It is also subject to double taxation. The Ministry of Justice also monitors its activities and can impose administrative sanctions.

The gravest of all violations of this right, however, is committed when the authorities do not respond to dissidents who request legal recognition to operate as an NGO. To this is added the threat, commonly used by the organs of State Security against the opposition, of accusing them of the crime of illicit association.

The penal legislation provides a sanction of one to three months imprisonment for the person who belongs as an associate or affiliate to an association not inscribed in the register. The sanction is tripled for the promoters or directors of the same.

Faced with these violations there was not much that could have been done. However, a recent event, unprecedented in 51 years of the “Revolution,” showed that it is still possible to take legal action against the silence of the socialist administration.

An organization of independent lawyers called the Cuban Law Association (AJC), on June 24, filed a lawsuit before the People’s Provincial Court of the City of Havana against the Minister of Justice, María Esther Reus, for preventing them from exercising their legal right of association.

For the first time a dissenting organization brings a lawsuit before a court against a representative of the government.