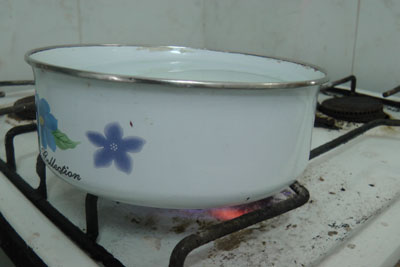 The application in an experimental form of a new regulation on the marketing of agricultural products, contained in Decree Law 318, shows that the bureaucratic bonds that stem from the State’s desire for control have been and continue to be one of the major causes of the shortage of food.

The geniuses of the Ministry of Agriculture having just discovered that the competition generated by the emergence of other forms of buy-and-sell will have a regulatory role in setting prices, have arrived at the novel conclusion that the balance between supply and demand directly impacts production and have come to the realization — the wonders of human thought! — that the less they want to control things the better they go.

But they are still dominated by the temptation of keeping their hands on the reins. They fear that the savage best of the market will devour in one bite or knock down in one blow their jockey of central planning.

*Translator’s note: To explain the illustration of this post… the phrase Reinaldo uses is “discovering warm water.”