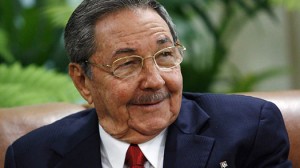 Goodbye to the Chinese model or that of Vietnam. Forget about copying Russia or Serbia. General Raul Castro, president of Cuba, is about to introduce one hundred percent home-grown changes.

Those who dreamed of a market economy, please, back down to earth. Cuba’s move is “new and native” — in the words of the leaders. It has nothing to do with the methods used in other places.

In a meeting of the Communist Party leaders at the Ñico López School in Jaimanitas, to the west of Havana, Marino Murillo, head of economics, said it loud and clear, “We are not going to opt for a market economy, we are going to continue with the planned economy.”

The results of the new regulations and economic reforms remain to be seen. Those already implemented have achieved very little. The 2008 granting of land in usufruct to individual farmers has not produced significant results in the chaos of food production. Nor did the relaunch of self employment this October encourage hundreds of thousands of unemployed to take out licenses to earn money working for themselves.

At bottom, there is a sickness. Structural and ideological. Trying to step on the gas of an economy that’s taking on water, applying methods not proven to give results, with an excess of audits, controls and high taxes, is a check on the progress of an economy at the margin of the State.

Given their fear — that people can make money and generate wealth — the changes in economic matters proposed by the historic leaders of the Revolution will never be serious.

Trying to invent or experiment at this stage of the game is more than daring, it’s a political blunder. With the exhaustion 52 years of power would produce in any government, what would make sense now for the moribund island economy would be to use processed that have been proven successful in other countries and adapt them to our own characteristics.

In five decades of State central planning and control in every area of national life, Cubans have never achieved the strong growth and living standards that would validate these concepts. Just the opposite.

Now, when the shoe pinches and time is our worst enemy, the expert recyclers offer no guarantees, trying to test their concepts in a country in urgent need of profound change, and Cuba is not Venezuela, sitting on one of the major oil reserves of the world. Chavez has guaranteed income with which to try his populist methods. The Castros do not.

A nation like Cuba must and can opt for radical changes in the economic sphere. Why have the only methods that have worked with a certain efficiency been those of the capitalists?

China and Vietnam have successfully proved that the market economy and strict political control work in communist countries. That touch of savage capitalism linked with Marxist discourse and the watchful eye of the Police State would not be desirable on the island.

What is feasible is that economic changes would be accompanied by political transformations. Democracy, a multi-party system, free elections, and a tripartite division of powers. But we know that none of this meets the approval of the brothers from Biran.

Either way, watch. If the “economic update” they intend to launch doesn’t work, the almost absolute power of the Castros could be in danger. It wouldn’t be the first time that the government dug its own grave.