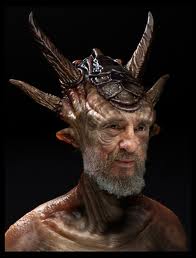 As someone with other views of the events happening in the world, nothing more, I haven’t seen a robust reflection on the situation in the country of Cuba. The words fade, between their external motivations, their creations coming from the underworld rejected by humans as in the cases of Presidents Hugo Chavez, Rafael Correa, Evo Morales, this latter recently emerging from ideological and illiterate underdevelopment.

In Fidel’s “Reflection” called The Genius of Chavez, we read his great satisfaction at having managed that a rich country should fall into a totalitarian system, praising the president for his way of confronting the truth with lies. He couldn’t stop himself from calling out U.S. intervention in Latin America problems; it seems to me as if he is falling into an obsessive mental illness, perhaps we have been guided by a paranoid-schizophrenic  — who knows — this government has always surprised us.

The attitudes of these presidents are no more than one copy of the subhuman, now called the companion of the illegalities and corruption. What I can confirm is that the U.S. has managed to make Fidel and Raul Castro Ruz psychologically ill.