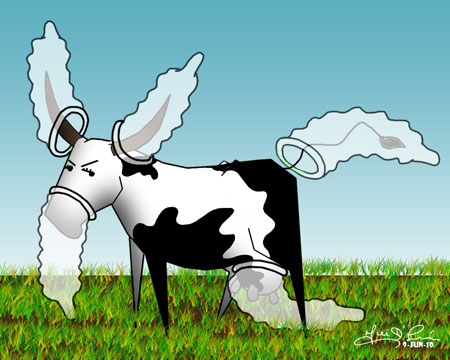 Image taken from the Internet

Chronic shortages in Cuba are extending their tentacles with renewed vigor. The cycles of absence of numerous products are ever more frequent, even in the markets that trade “in hard currency.” Lately toilet paper has disappeared (for the umpteenth time in recent months), and similarly there have been short “gap” periods in which there have been no toothbrushes, toothpaste, wheat flour, powdered milk, soaps and detergents, sanitary napkins, etc. Nothing seems to be safe from the black hole that is Castro’s socialism, in which life is reduced to “not-dying,” while running a perennial pilgrimage after those articles which, anywhere in the civilized world, are a part of the most common reality.

With regards to food, it’s better not to talk about it. It’s enough to see the Dantesque scenes offered to us by the lines that form at dawn whenever someone announces that this or that farmers market “is going to have potatoes.” The police in Central Havana are practically on a war footing attending to the brawls that occur in the crowds who aspire to buy the longed-for tuber.

Now it turns out that the shortages have reached condoms, those attachments needed for the safe practice of what some call “the national sport.” Things have reached such an extreme that it has come to the point where drugstores and pharmacies have mobilized staff to change the expiration dates that appear on this product–already expired–to “update” it and be able to sell it. There is testimony that in some of Cuba’s interior provinces this task has been assigned to recruits doing their military service: a strategy of total combat in the face of the alarms set off by this small and humble latex object. According to the authorities, this is being done “because the dates on the containers were wrong.”

Consumers, however, are wary. In a country where corruption and deceit are part of the reality, no one feels safe. Some paranoiacs go to the extreme of suspecting it’s part of an official conspiracy to promote births in Cuba… What it really does is lead to an increase in abortions.

At the moment, a friend tells me, half-amused half-worried, that if in the 90s she had buy condoms to use as balloons at her son’s birthday party–today a young man of twenty-something– now she will have to buy balloons to practice safe sex.